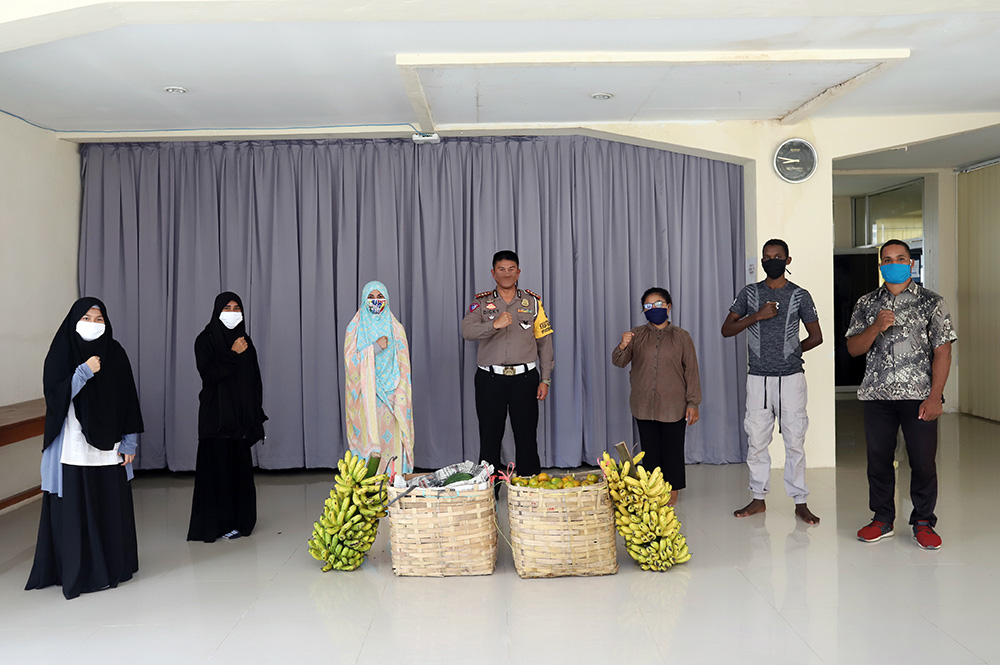 Director of Traffic (Dirlantas) Aceh Regional Police, Senior Commissioner Pol Dicky Sondani SIK MH, provided assistance to students from abroad and outside Aceh who were at the Unsyiah Student Dormitory, Tuesday (5/5/2020). The assistance was handed over directly to student representatives from Palestine, Kenya, Thailand and Papua.

Senior Commissioner Pol Dicky said this assistance was a form of Aceh Police concern for the community, especially students who were affected by the spread of the corona virus. Moreover, during this virus spreading, activities in and out of the dormitory are limited to suppress the spread of the virus.

"The delivery of this assistance is also part of a friendly meeting, so that students who come from abroad can see Indonesia as a friendly country to anyone, especially those living in Aceh," said Commissioner Pol Dicky.

"We coordinate with the head of the dormitory and they need fruits, because basic food is sufficient. Especially in the fasting month, fruits are very good for digestion. "

Meanwhile, the manager of the hostel, Amiruddin said there were at least 107 students who remained in the Unsyiah student dormitory. Among these 60 foreign students and the rest are students outside Aceh, such as from Papua, Kalimantan, Sulawesi and Central Java. Besides that, in the dormitory there were also 5 local students who were the Student Regiment (Menwa) who served at the Unsyiah boarding post.

A similar statement was also said by Baina and Nur, students from Thailand and Palestine. They appreciated and thanked the Aceh Police Directorate General for providng an assistance, so that it could help students in meeting their needs, especially during ramadhan.