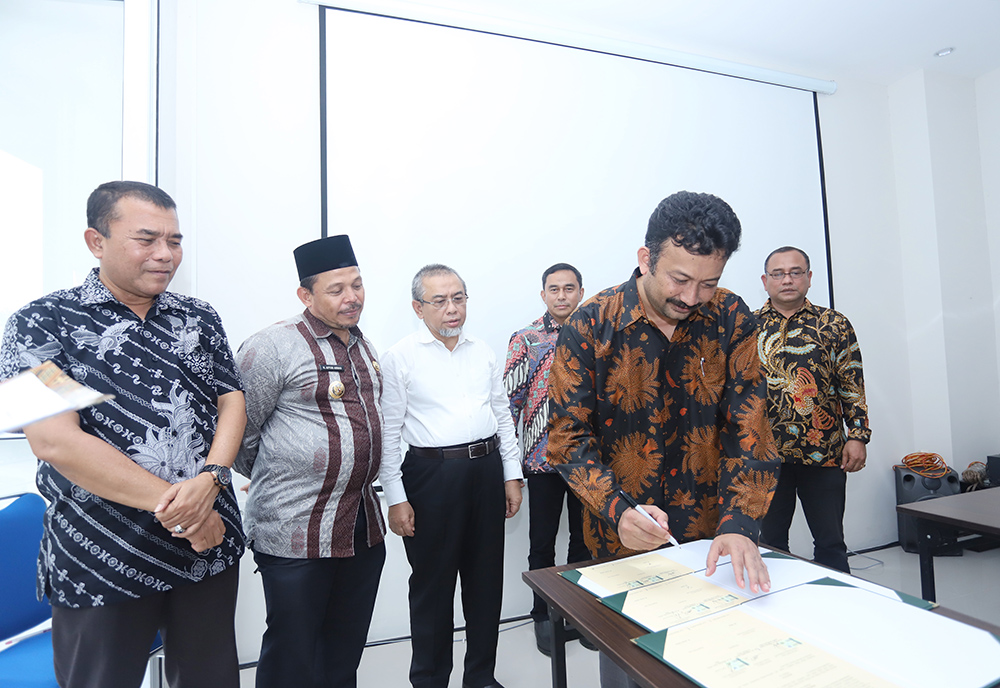 This collaboration is to help and improve the quality of human resources and Pidie Jaya Regional Hospital services. In addition, it also makes Pijay Regional Hospital a satellite hospital in the FK Unsyiah and RSUZA education networks.

Dean of FK Unsyiah Maimun Syukri said, this collaboration was very important because so far FK Unsyiah students had practiced learning and residency at the RSUZA as a major teaching hospital. Other hospitals are needed so that students can contribute, so that they are not only concentrated in one place but also in many areas.

"Later FK Unsyiah can send young doctors and residents of the Specialist Program (PPDS) to Pidie Jaya, so that they can provide services as well as education there," he said.

Vice Rector for Cooperation, Dr. Hizir said that this cooperation would benefit all parties. Unsyiah is helped by the facilities and infrastructure provided by Pidie Jaya Regional Hospital for students and graduates. While the Pidie Jaya Regency Government is helped by the presence of many doctors who can handle various public health problems.

The Director of RSUZA, Azharuddin, strongly supports this collaboration. According to him, Pidie Jaya Regional Hospital was chosen because it was considered to meet the requirements as a location for learning and working by doctors from Unsyiah.

Meanwhile, Pidie Jaya Regent Aiyub Abbas said that this cooperation was carried out as one of the steps for accreditation and improvement the public hospital in Pijay, so as to support the improvement of health services to the community in 222 villages. (Unsyiah / un)