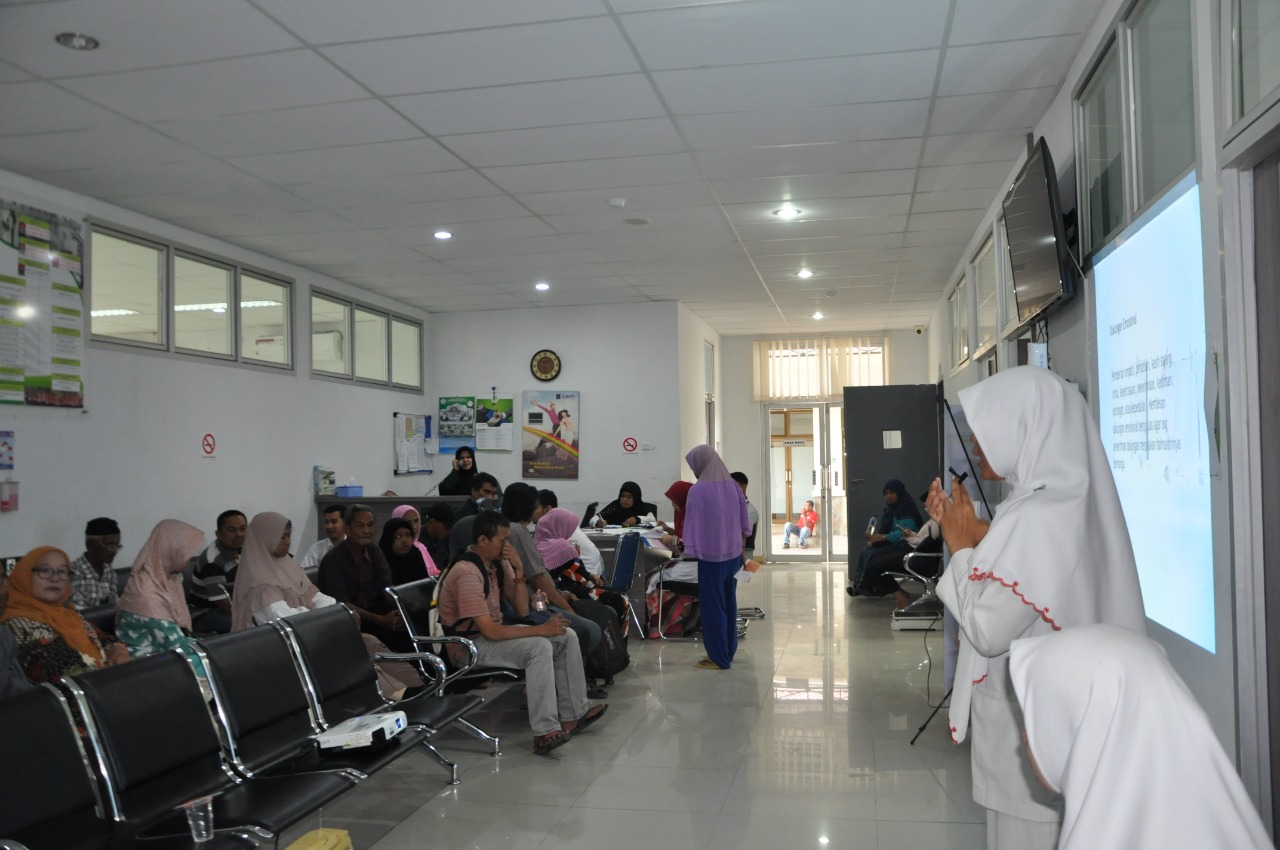 A group of Nursing Masters students at the Unsyiah Faculty of Nursing held a community mental health counseling (psychoeducation) for people with mental disorders (ODGJ) and their families in the Outpatient Poly Outpatient Clinic of Psychiatric Hospital (RSJ), Friday October 4, 2019. The counseling raised the topic "Reducing Stigma of People with Mental Disorders in the Community" which was attended by 28 participants consisting of patients with mental disorders and their families. They are patients with outpatient psychiatric disorders accompanied by their respective families to carry out re-control in the Outpatient Clinic of RSJ Aceh.

The mental health counseling activity initiated by the Nursing Masters student is one part of the task of the Advanced Mental Nursing Practice at the Psychiatric Hospital with guidance from Ns. Syarifah Rauzatul Jannah, MNS, Ph.D and Dr. rer.med. Ns. Marthoenis, MSc, MPH. Both of them are lecturers of the Faculty of Nursing Unsyiah.

"This activity is part of the task of health promotion of Advanced Mental Nursing Practice courses that must be carried out by Nursing Masters students with the Specialization of the Soul Faculty of Nursing Unsyiah. We hope that this activity can reduce the stigma of ODGJ in the community, "he said. 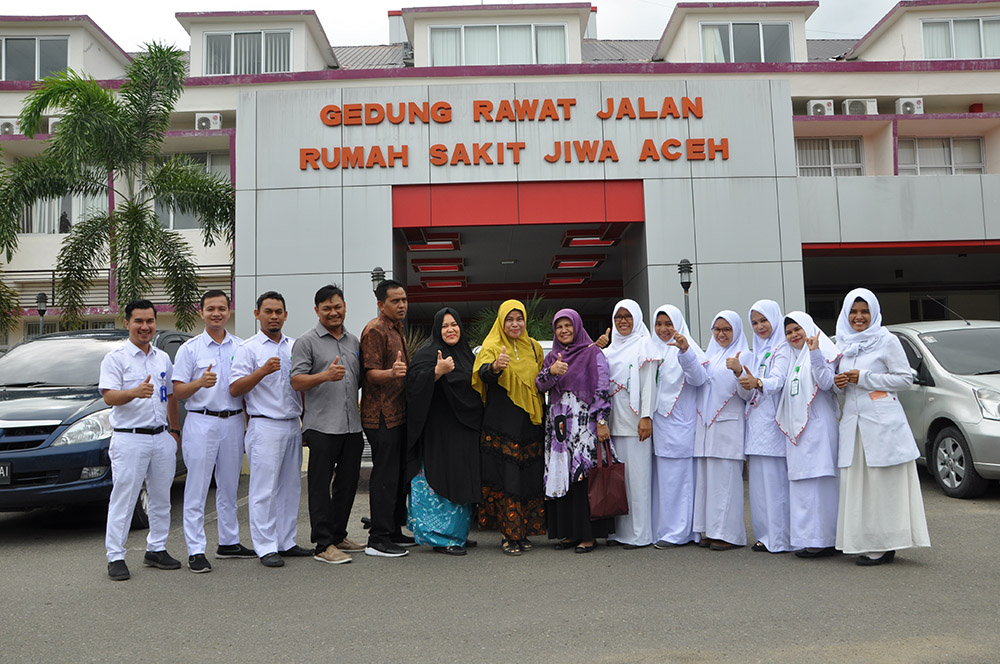 Ns. Syarifah Rauzatul Jannah, Ph.D added that the stigma most often accepted by ODJG is in the form of negative labels.

"We often hear a lot of mention for those with mental disorders, such as crazy people, ignorant people, people lacking faith, people who are not quite fit, people who like to throw tantrums, and others. The label can make ODGJ feel shy, inferior. As a result, patients don't want to be taken to the doctor for control because they avoid stigma. "

Meanwhile, Dr. Marthoenis said that in Aceh there were still many families who ignored their family members who suffered from mental disorders, could be due to shame, ignorance, or did not understand. He also said that when families are not well educated about mental disorders, families can take actions that can aggravate the patient's condition, including ODGJ for example.

The outreach activities that target patients with mental disorders and their families will not be successful without the support of the Keswamas Installation (Community Mental Health) and PKRS Unit (Hospital Health Promotion) Psychiatric Hospital. RSJ Aceh itself has a health counseling program once a week at the RSJ Outpatient Clinic. []