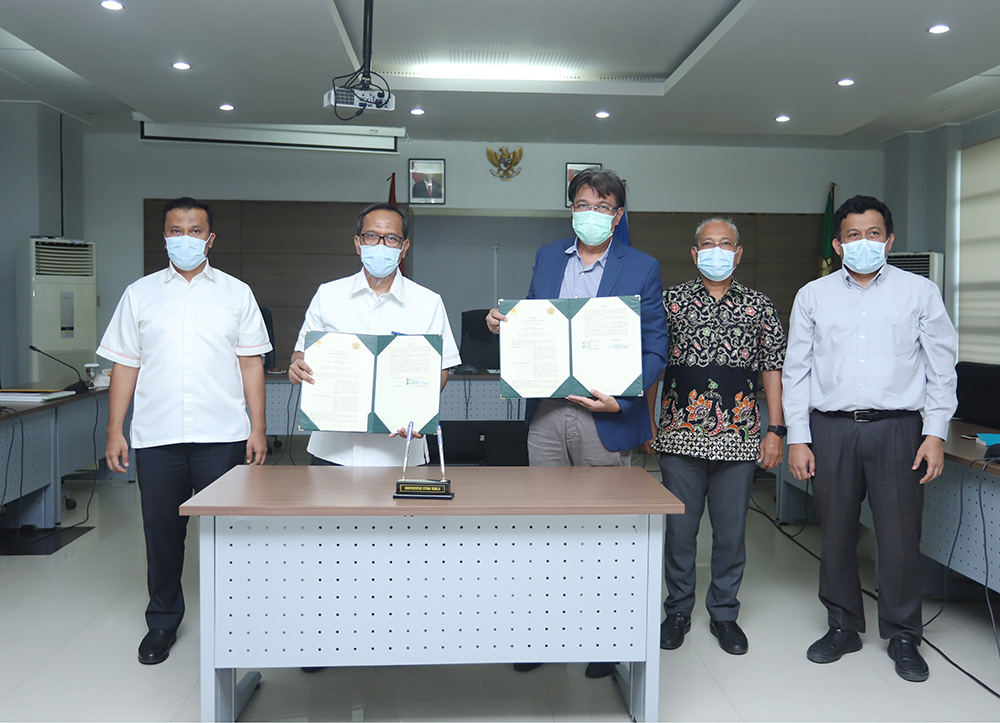 PT PLN (Persero) Aceh provides financial assistance for the development of prototype electric cars and garbage bank of Unsyiah. Assistance for these two projects was given directly by the General Manager of PLN UIW Aceh, Jefri Rosiadi, M.T. to the Rector of Unsyiah, Prof. Dr. Ir. Samsul Rizal, M.Eng. at the Unsyiah Senate Hall on Wednesday (7/8). At the same time, a MoU was signed between Unsyiah and PLN in the field of research and development.

In his greeting, Rector of Unsyiah expressed his gratitude to the Aceh Regional PLN, which had so far continued to support Unsyiah in many fields. According to Samsul, the relationship between Unsyiah and PLN was very close and had carried out many activities and collaborations in various fields, including the HR field. Finally, he added, Unsyiah with the help of PLN created an electric rickshaw.

Samsul also said that the signing of the MoU this time was an extension of the Unsyiah and PLN cooperation which had expired.

"The cooperation between Unsyiah and PLN has been done for a very long time, and thank God it always produces something useful," said Samsul.

Samsul said that currently Unsyiah was very concerned with the development of electric vehicles. Through the Malem Diwa team from the Faculty of Engineering, Unsyiah will try to develop an electric car with a safe and modern design, so that it can become an urban electric car innovation for the future.

"This time is the distribution of CSR assistance for the development of the Malem Diwa electric car in the fifth year, while this is the third year the Unsyiah Garbage Bank receives assistance from PLN," Samsul said.

PLN Aceh general manager, Jefri Rosiadi said, the PLN was very satisfied with the presentation of the electric car project that will be developed by Unsyiah. That's why PLN is very enthusiastic about providing assistance for this development.

"We hope that later, the electric car created by Unsyiah can become a new trend in our place," he said.

Jefri also added that the signing this time was an extension of the cooperation between PLN and Unsyiah with several updates. According to Jefri, since his tenure in 2017, PLN and Unsyiah have done quite a lot of activities, especially with the Faculty of Engineering.

He was also very grateful to Unsyiah, because through the assistance they provided to Unsyiah Waste Bank, PLN succeeded in getting the award of the best Corporate Social Responsibility (CSR) program. (Unsyiah / un)