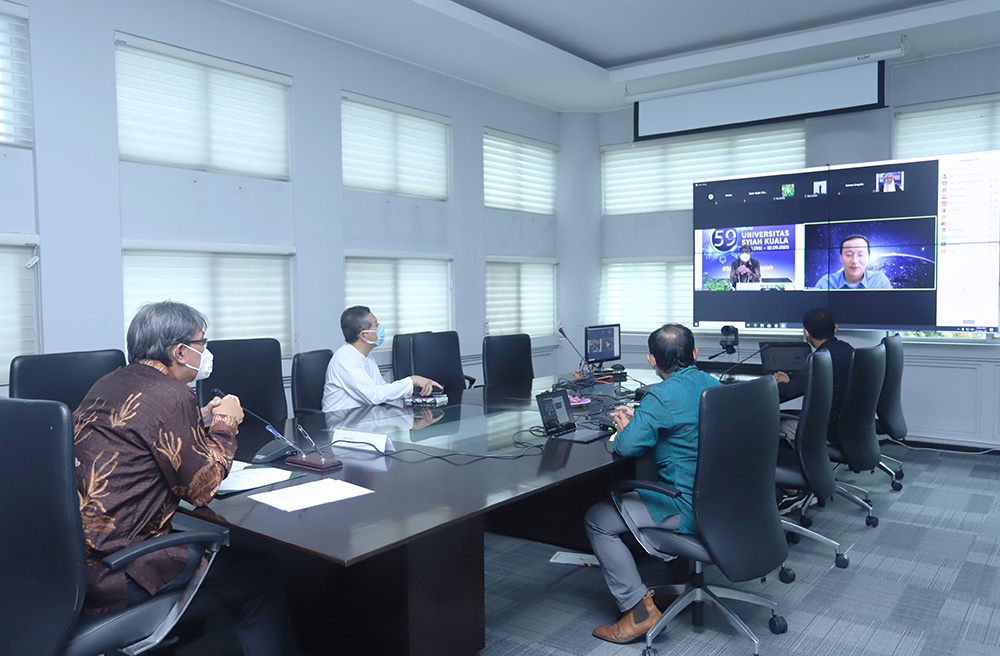 The Rector explained that currently Unsyiah is developing a new campus in Aceh Besar with an area of 1,600 hectares. Where one of the campus development strategies is the green development concept.

Therefore, the rector revealed, this cooperation agreement was to realize the plan. Given the energy needs in the future, especially electrical energy for campus and community needs.

"Because Unsyiah has the principle to develop environmentally friendly energy and renewable energy. With a large area of land, it is possible to develop this solar / photovoltaic power plant, "said the Rector.

This collaboration is also closely related to Unsyiah's plan to become a Legal Entity State University (PTNBH). With this status, Unsyiah must prepare his institution to get additional income in efforts to develop campus.

"This PLTS will be a source of income for Unsyiah if it will be worked on with PLN," said the rector. 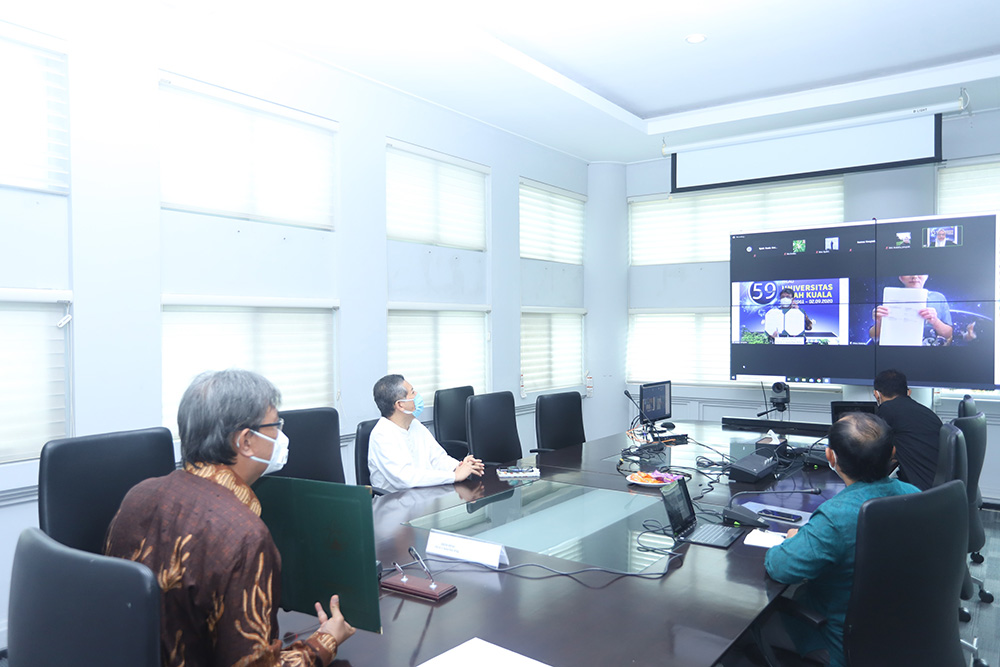 In addition, this PLTS also functions as a research center for lecturers and students to develop solar energy in the future, especially in Aceh Province. The PLTS project location, said the rector, will also be an internship for Unsyiah students and other students outside Unsyiah.

The rector assessed that the existence of this PLTS was in principle not only for Unsyiah but also beneficial for the community. With a fairly large capacity, this PLTS is expected to be able to help the community around the campus to get power source services.

According to the rector, the existence of PLTS is also able to trigger the birth of derivative topics for further research. Such as engineering, economic and socio-cultural aspects.

"Hopefully it will also be a trigger for the development of projects related to renewable energy, both in Unsyiah, Aceh province and in Indonesia as a whole," said the rector.

Meanwhile Liu Zhao Hong said that in this collaboration Unsyiah and CDTI will be jointly responsible for conducting site investigations and project feasibility studies.