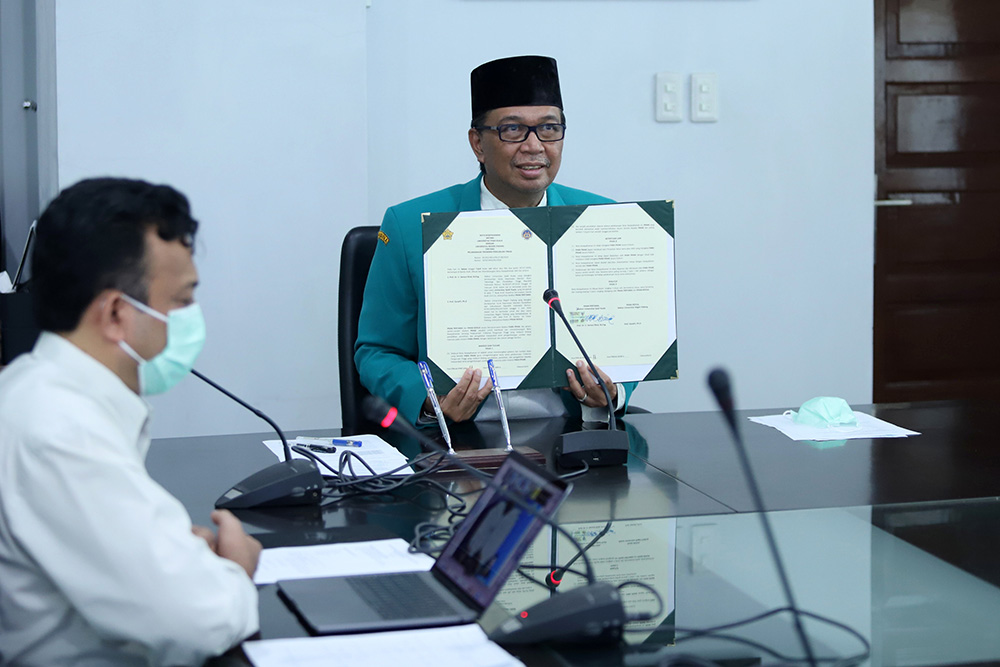 Syiah Kuala University together with Padang State University (UNP) have agreed to collaborate to work together to realize an independent campus program. This was marked by the signing of the MoU by Unsyiah Rector Prof. Dr. Ir. Samsul Rizal, M.Eng with UNP Rector Prof. Ganefri, Ph.D virtually from the Unsyiah Rector Mini Room. (Banda Aceh, 8/7/2020).

In his speech, Prof. Ganefri said this collaboration with Unsyiah felt special because the people of West Sumatra and Aceh had a close cultural relationship.

Therefore Prof. Ganefri hopes that the spirit of togetherness can be actualized through this cooperation, especially in the effort to implement various government programs such as the Merdeka Campus.

"We want to immediately realize this MoU with real activities. What is clear, we have the same intention to create graduates who are competitive to fill development in Indonesia, "he said.

On that occasion, Prof. Ganefri also expressed his appreciation for a number of Unsyiah's progress at this time. According to him, in recent years Unsyiah has developed very well. This indirectly helped inspire UNP to continue to strengthen its institution.

"Everyone can see Unsyiah's progress now, hopefully these advances can be followed by UNP," he said. 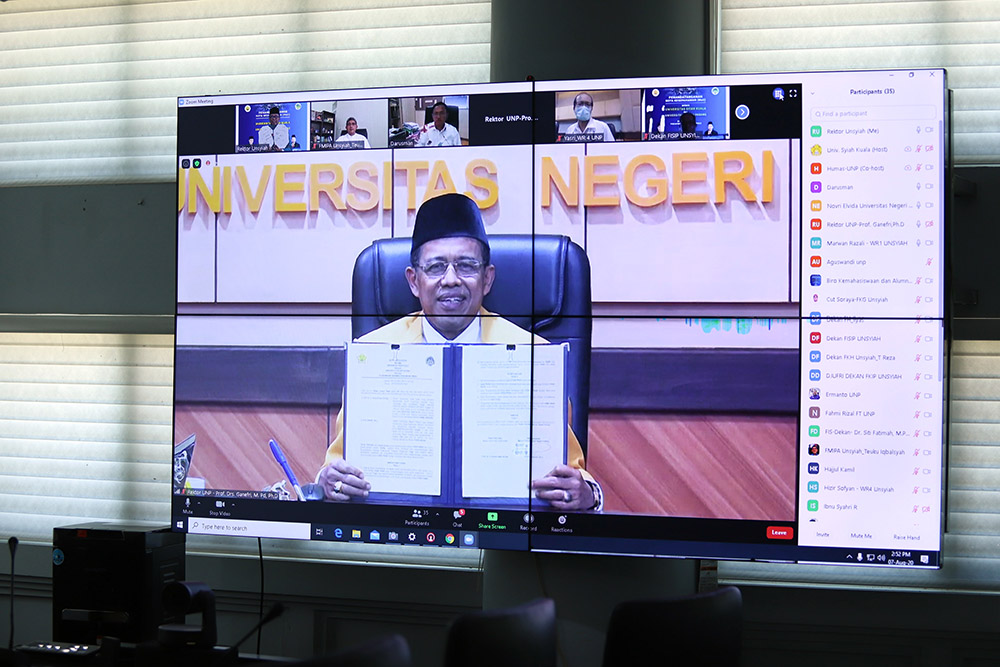 Meanwhile Prof. Samsul said Unsyiah really welcomed this cooperation agreement. Given that these two campuses have their respective advantages. For example Unsyiah, whose two centers of study today have been recognized as Centers of Excellence in Science and Technology, namely the Center for Mitigation and Disaster Studies (TDMRC) and the Essential Research Center (ARC).

"If these two campuses work together, they can make a real contribution to the world of higher education in Indonesia," said Prof. Samsul.

Rector also expressed his gratitude for the role of UNP in developing the world of education in Aceh. This is because most of the vocational teachers in Aceh currently come from West Sumatra and they study at UNP.

"For this reason, Unsyiah also wants to learn a lot with UNP, especially in the fields of teacher training and education, so that later we can also establish a Vocational Study Program," he said.

Also attending in this activity was Vice Rector  IV Dr. Hizir who is also the moderator of the event. While other Unsyiah leaders were the Chairman of the Senate, Vice Rectors, Deans, Postgraduate Directors, and Chair of the Institute were present virtually.