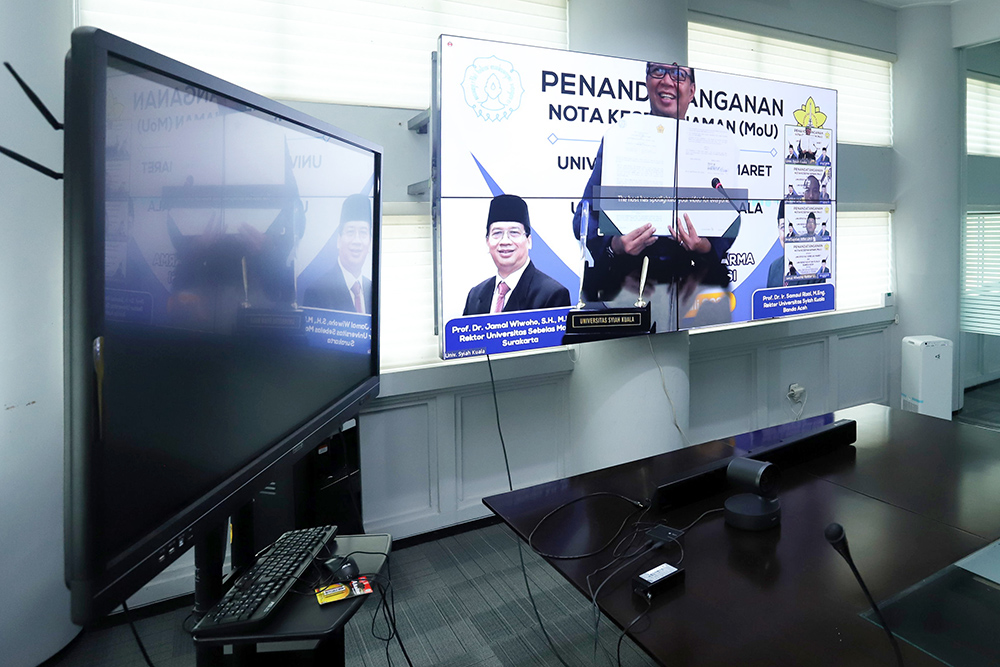 Syiah Kuala University and Sebelas Maret University (UNS) agreed to collaborate to realize the Merdeka Campus that had been declared by the Minister of Education and Culture. This was marked by the signing of the MoU between the Chancellor Unsyiah Prof. Dr. Ir. Samsul Rizal, M.Eng with UNS Chancellor Prof. Dr. Jamal Wiwoho, S.H., M.Hum virtually in the Unsyiah Rector Mini Room. (Banda Aceh, 7/21/2020).

Prof. Jamal said, as a tertiary institution subject to the Ministry of Education and Culture of the Republic of Indonesia, UNS must prepare its institution to realize the education concept of the Independent Campus.

However, this cannot be done alone but must collaborate with many parties including Unsyiah. According to Prof. Jamal, currently every university must indeed be open if it wants to develop rapidly, both to fellow universities, the business world, and bureaucracy.

For this reason, Prof. Jamal hopes that this partnership with Unsyiah must be able to have a significant influence on these two universities.

"We really hope that this cooperation is not just ceremonial, but can give birth to something real. In an effort to create a superior generation, and provide added value for UNS and Unsyiah, "he said. 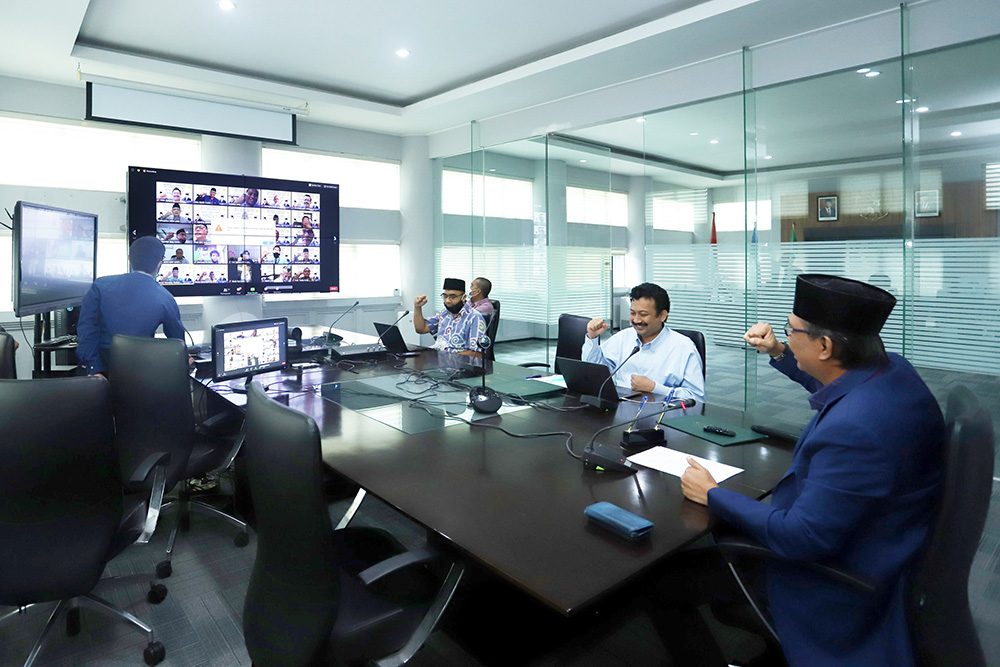 Meanwhile Prof. Samsul welcomed the cooperation agreement. Although actually these two universities have already worked together on the Erasmus + program. At that time Unsyiah along with six other universities in Indonesia including UNS, had signed an MoU with Universite De Limoges from France.

"There is an Erasmus + program that will end this year. Hopefully after that we can continue to work together with various other programs, "he said.

Prof. Samsul admitted, these two universities have their respective advantages. For example Unsyiah, whose two centers of study today have been recognized as the Center for Science and Technology Excellence, the Tsunami Disaster and Mitigation Research Center (TDMRC) and the Atsiri Research Center (ARC).

"If UNS and Unsyiah, can work together with their respective advantages. Of course this can make a meaningful contribution to the world of education in Indonesia, "the Rector said.

Also present in this activity Vice Rector IV Dr. Hizir, while other Unsyiah leaders were present witnessed the closeness of this collaboration virtually.