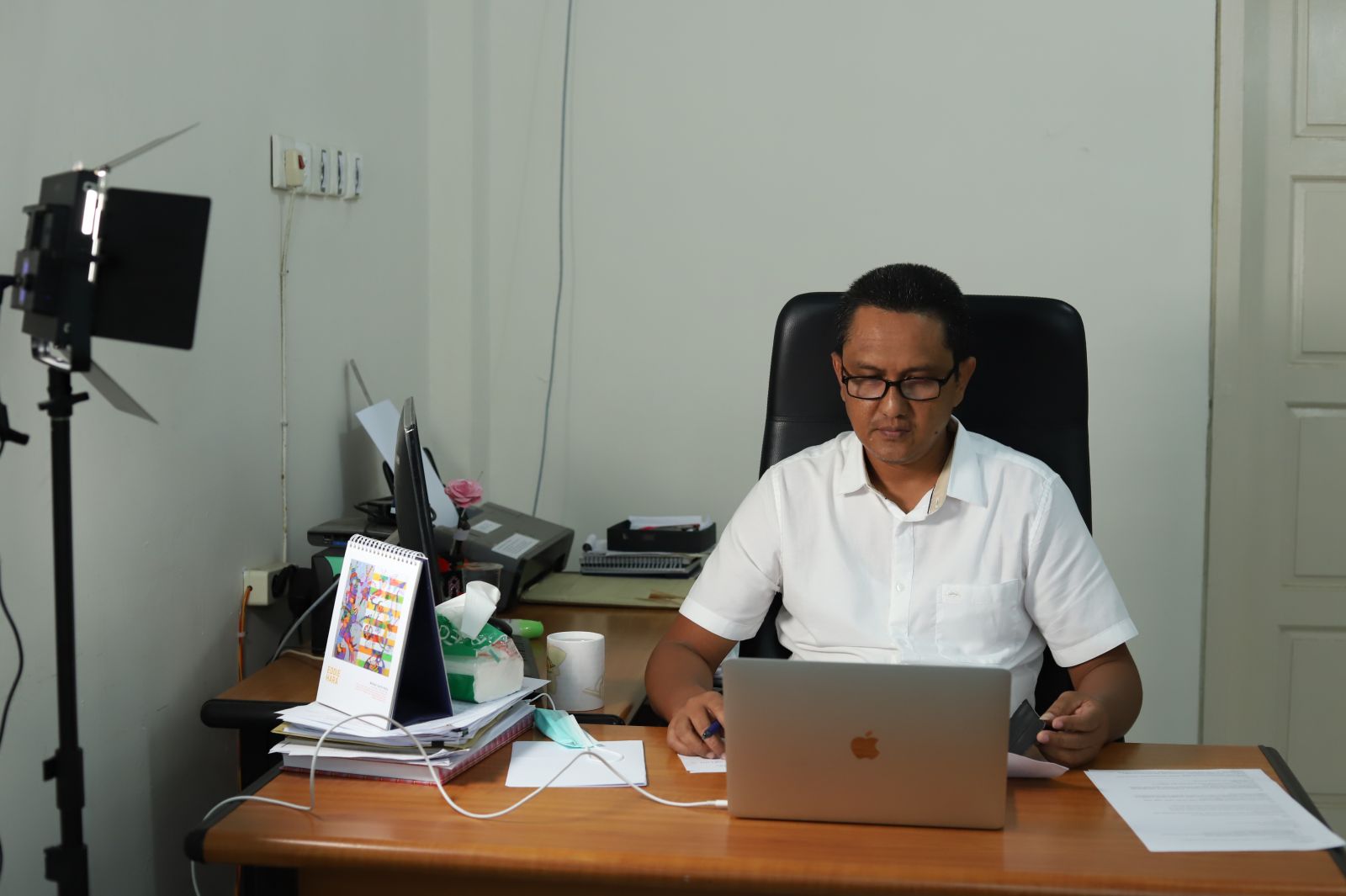 Public Relations of Syiah Kuala University (Unsyiah) was present as one of the speakers at the Online University Fair (OUF) which was held by the Fatih Bilingual School, Wednesday (11/25/2020). In this activity, Head of Public Relations Unsyiah, Chairil Munawir MT, SE. MM., Promoted the superiority of Unsyiah to all of participants who came from various regions in Indonesia.

"We introduce Unsyiah closer to the community, there are many advantages that this campus has which is an attraction," said Chairil. 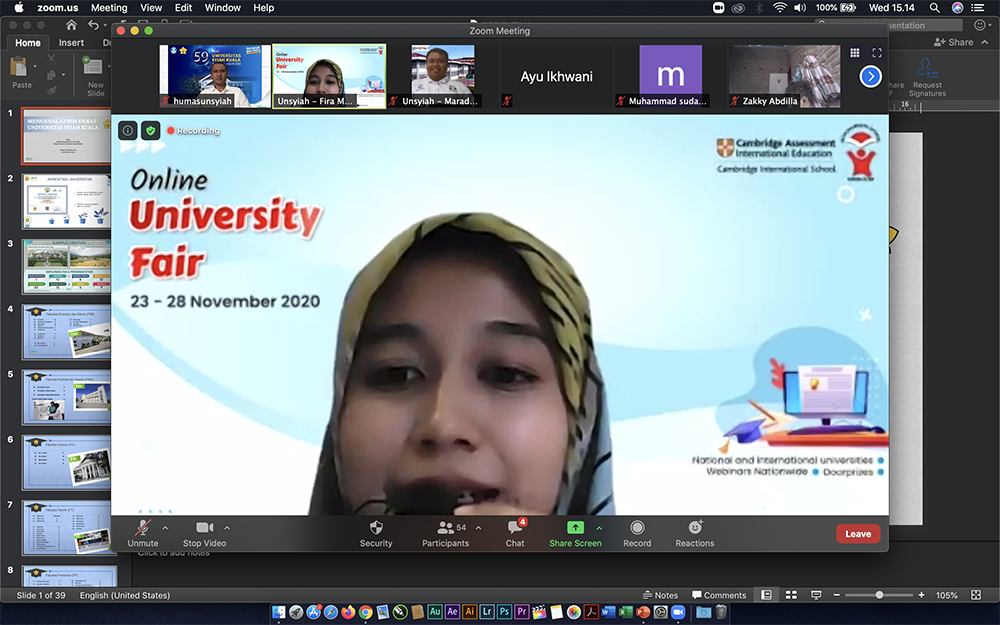 Even though it was held virtually, according to him, this activity was a good opportunity to provide an overview of Unsyiah, especially the participants who participated were parents and students who were in the final class. Apart from Unsyiah, this activity also presented 60 institutions from four different families, namely public universities, private universities, overseas campuses in Asia, Australia, Europe, and official schools.

Career Counselor for Middle and High School Level, Muhammad Iqbal, said that this activity was held to raise awareness of the importance of designing for the future. In addition, to get precise and accurate information related to higher education which will affect the chosen career later.

"OUF is a national activity where universities from within and outside the country gather and provide explanations about their institutions or countries regarding the opportunity to study there," concluded Muhammad Iqbal.