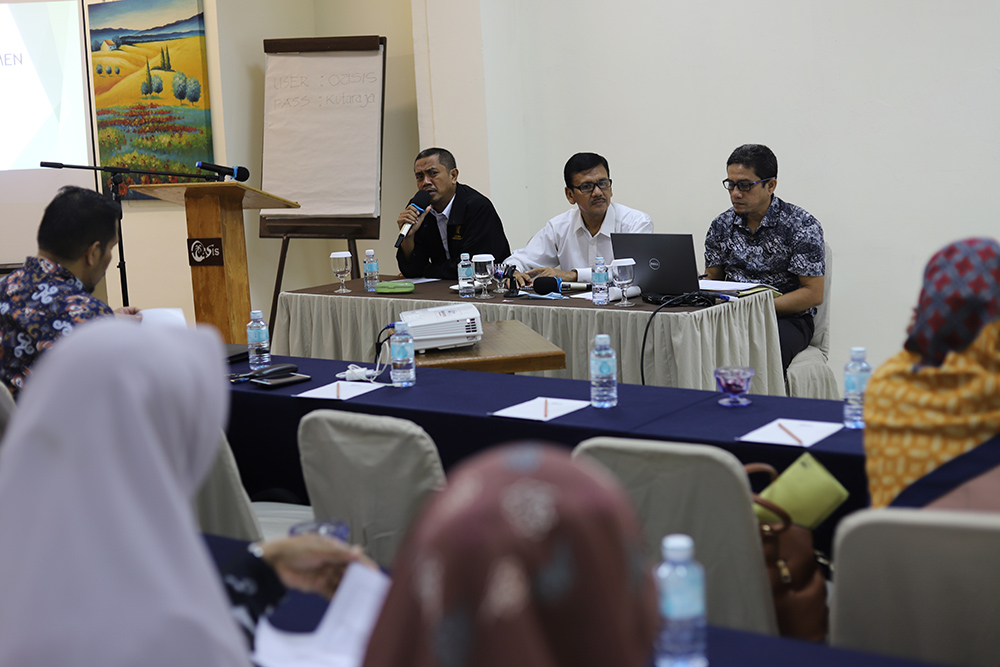 Three bureaus within the Center of Administration Office (KPA) Unsyiah agreed to improve performance management and governance. This is reflected in the ISO 9001: 2015 management review and internal audit meeting that took place at the Oasis Hotel, Banda Aceh, Tuesday (10/22). The three bureaus are the Student and Alumni Bureau, the Academic Bureau, and the Planning and Public Relations Bureau.

Head of Planning and Public Relations Bureau of Syiah Kuala University, in his remarks said this activity was in order to upgrade the standard operating procedures (SOP) that had been implemented and implemented in each part of the Unsyiah KPA Unsyiah.

"Upgraded SOP standards must be in accordance with the standard rules set by the Ministry of Research, Technology, and those that have not been standard, Insya Allah, we will adjust it today," he said when opening the activity.

These SOPs will be prepared later to be the completeness of ISO survey documentation. Because this year, the ISO must be upgraded no later than mid-November. He hopes that the gathering of all staff, the head of the division and the head of the regency in one meeting can accelerate the preparation, so that what is expected can be achieved.

He also added that on the same day an internal audit would take place to review the implementation of the SOP that had been carried out before this. This audit is targeted not only to be an annual ritual, but also to have an impact on better governance in carrying out daily work.

"It also aims to strengthen organizational capacity, especially in terms of empowering human resources, so as to improve performance and provide satisfaction to customers," he concluded (Unsyiah PR)