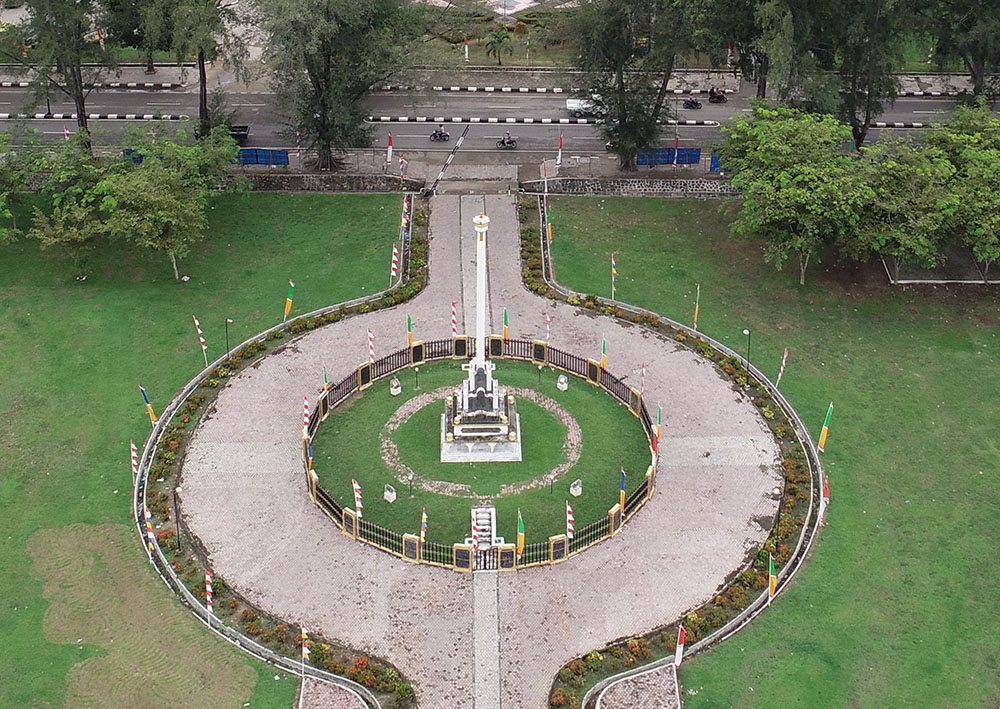 Head of Public Relations at Syiah Kuala University (Unsyiah), Chairil Munawir MT, SE. MM., Clarifying the news related to the use of the Tugu Darussalam by UIN Ar Raniry during the closing ceremonial Introduction of Student Academic Culture (PBAK) for new students on Wednesday, August 28, 2019. This event was discussed in social media and online.

According to him, this incident occurred because of miscommunication between UIN Ar Raniry and Unsyiah. Chairil explained, at first the UIN Ar Raniry sent a notification letter to Unsyiah. Then Unsyiah asked for the revision of the letter's intention to become a permit for the use of the place. This is because Tugu Field was part of Unsyiah's assets.

"We have contacted the UIN to revise the letter. This is just an administrative problem, no need to be enlarged, "Chairil said, Thursday (8/29).

Based on the Right to Use Certificate Number: 01.01.04.12.4.00001, Kopelma Darussalam Village, Syiah Kuala District on December 14, 1992, Unsyiah occupies an area of ​​1,324,300 M2. The certificate issued by the National Land Agency (BPN) explains the land owned by Unsyiah, including the Tugu Darussalam.

Nevertheless he continued, Unsyiah remained open with various parties who wanted to use the field. He denied the opinion of some people who considered Unsyiah to close access and prohibit the use of the field. Because in principle, Unsyiah only wants Tugu Darussalam  which is a historical point of the rise of education in Aceh, to be well managed.

"The proof is that the UIN event yesterday continued. In fact, going forward there are also government and community agendas in the field, "he said.

Chairil also explained Unsyiah's reason for closing the access portal to Tugu Darussalam. This is because the field is maintained and not used by irresponsible parties. He gave an example in the past, Tugu Darussalam was often used for car driving training locations. But that is no longer visible now. In fact, he continued, every year Unsyiah allocates funds for maintenance of the Tugu Field, such as trimming grass, greening, maintaining the monument, to lighting lamps.

He hopes this explanation can reduce problems that evolve in the community. Because after all these two campuses are a great support for the people of Aceh. Moreover, as a campus person, Unsyiah and UIN Ar Raniry should see each event correctly and be understood according to the applicable rules. So that later does not cause slander or issues that can damage the brotherhood between two educational institutions.

"Unsyiah and UIN are two brothers who cannot be separated. We need synergy for the advancement of education in Aceh, "he concluded. * (Unsyiah / fer) *