The cooperation agreement was carried out in the International Conference on Mathematics, Statistics and Their Applications (ICMSA) 2020 forum, which was held from November 23–24, 2020 in Kuala Lumpur, Malaysia. Where the international conference is one of the routine agendas of the Indonesia-Malaysia-Thailand-Growth Triangle (IMT-GT) University Network (UNINET) every year.

In addition to all ICMSA conference participants, the signing of the MoU was also witnessed by the Deputy Rector IV Unsyiah for Cooperation and Public Relations Dr. Hizir.

In his speech, rector said, Unsyiah and UTAR had actually collaborated, in 2015. At that time, the rector flew to Kuala Lumpur to sign a cooperation agreement directly with this Malaysian university. 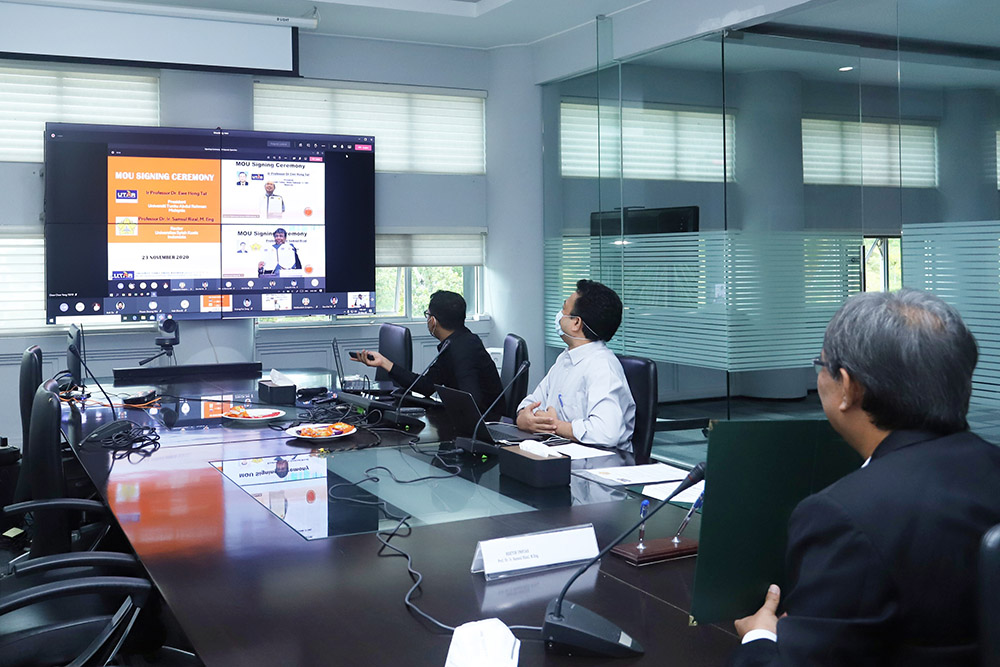 "Therefore, the signing of this MoU is to renew the previous cooperation agreement. The several important points of this agreement are related to student exchange, lecturer exchange, and joint collaboration in research, "said the rector.

On this occasion, the rector also delivered his opening speech when opening the international conference in his capacity as Chairman of IMT-GT UNINET. The rector said, so far, the cooperation between the three ASEAN countries that are members of the IMT-GT UNINET has had a significant influence on the development of the country, especially for several universities that are joined.

"Currently the IMT-GT UNINET has played an important role in supporting other working groups, including business actors and local governments who are members of the IMT-GT," said the rector.

For this reason, the rector revealed that together with IMT-GT UNINET senior officials, he hoped that more international conferences to discuss global issues like this could be done in IMT-GT area, especially in the fields of developing human resources, science and technology and technology.

Because according to the rector, scientific forums such as ICMSA aim to create a forum for scholars to exchange research ideas, support cross-disciplinary research collaborations and expand research networks.

"I hope that all participants can get the benefit from this conference to advance research and practice in the field, so that they can have a wider influence in order to realize a better global order," he concluded.

About  51 participants participated in the ICMSA from 29 universities in the IMT-GT UNINET area. The main theme of this international conference discusses applied mathematics, pure mathematics, statistics, data science, and financial mathematics.