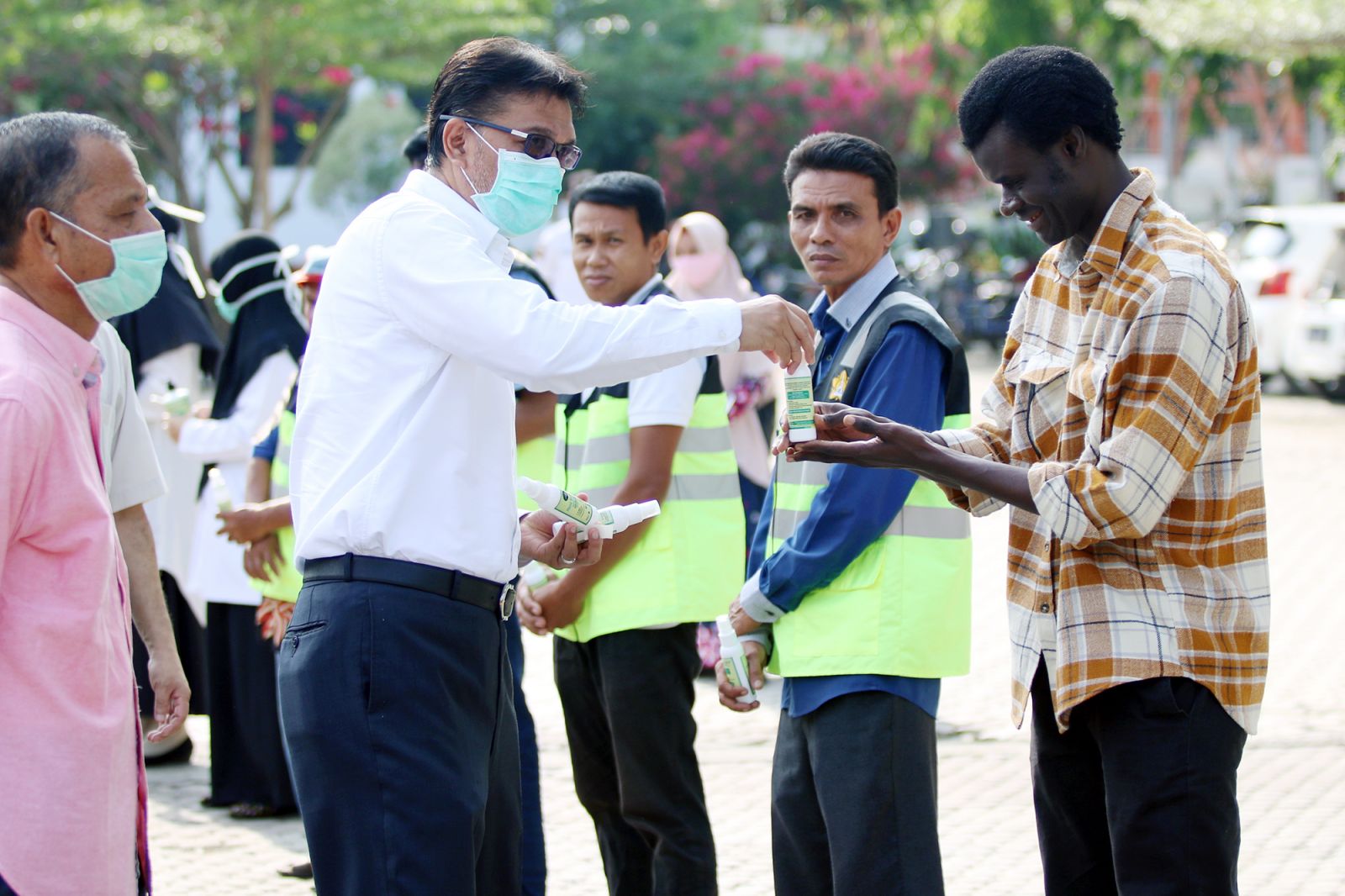 Prof. Samsul said with the spread of Covid-19, the need for hand sanitizers was getting higher. Unsyiah was very pleased, through the U-Hansa product produced by ARC, Unsyiah was able to assist the community in efforts to prevent the spread and transmission of covid-19 in.

"Hopefully this product can be used by people/groups in need. To protect themselves from the plague that we are facing right now, "he said.

Prof. Samsul also added that the distribution of hand sanitizers had actually been long planned by Unsyiah and ARC. But it was constrained by raw materials that are very scarce in the market, so the ARC must make order out of town. 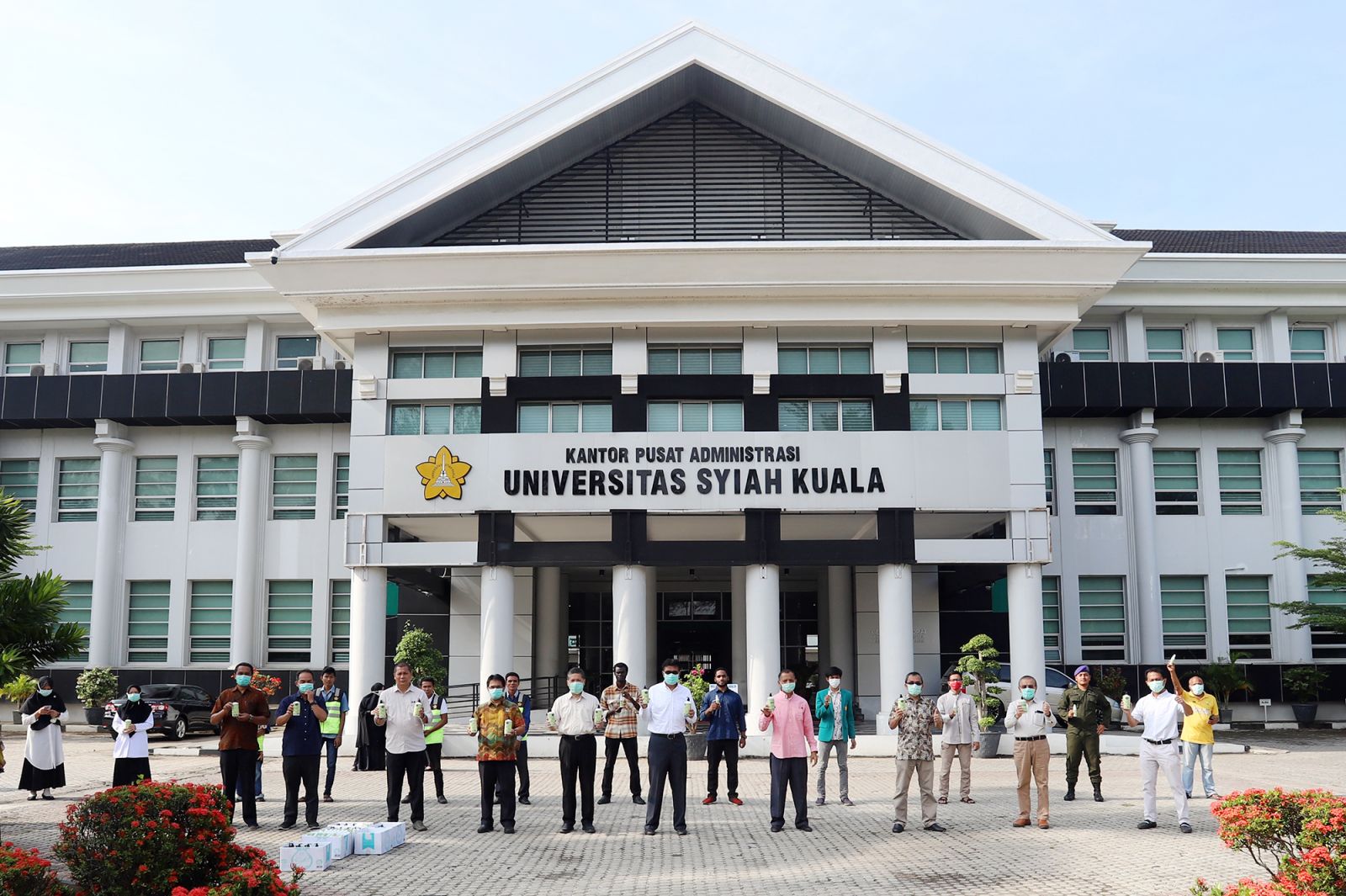 To all recipient groups, Samsul reminded that after touching anything, please immediately use this hand sanitizer so that everything that sticks to our hands can be removed.

"After the U-Hansa bottle is empty, please don't throw it away, because the liquid can be refilled by the ARC by bringing an empty bottle."

Some of the recipients who attended were representatives of the Mother and Child Hospital, Kopelma Darussalam Health Center, Foreign Students and Papuan students, Unsyiah dormitory, UKM in the Unsyiah environment, and cleaning staff in the Unsyiah environment. As for the distribution to the general public, the ARC team will go to the field directly to see the groups in need.

Dr. Syaifullah Muhammad, Chairperson of the ARC Unsyiah, said that as many as 50 of 500 ml packaging bottles would be distributed to mosques, prisons, hospitals, health centers, and other units. Then, as many as 1700 bottles of 60 ml bottles will be distributed to the poor and vulnerable groups.

"What's important is that the distribution is right on target. Because we are more focused on the more vulnerable groups of people, such as those who sell in markets, scavengers, and other professions that really need, 'he concluded.

Also present at the event were Vice-Rector I Unsyiah, Head of the Student Affairs Bureau, and Task Force Covid-19 Unsyiah. (Unsyiah / un)