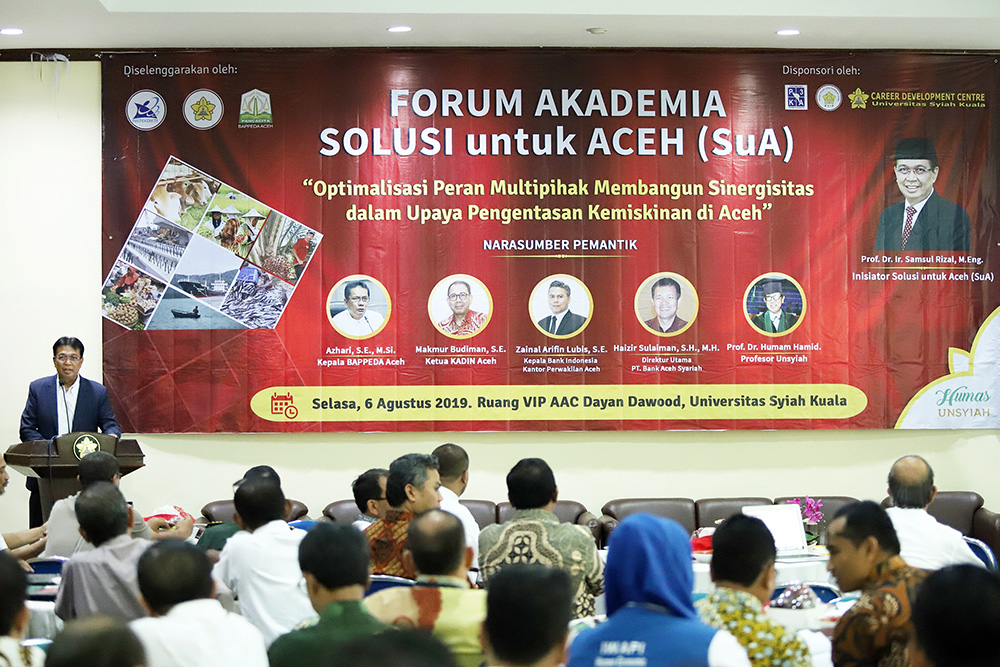 Syiah Kuala University (Unsyiah) gathered a multi-stakeholder gathering at the Academia Solution for Aceh (SuA) Forum which took place at the AAC Dayan Dawood Building, Banda Aceh, Tuesday (8/6). The forum which was attended by academics, provincial/district government representatives, businessmen, and experts discussed the efforts to reduce poverty in Aceh.

SuA Coordinator who is also a lecturer at the Law Faculty, Kurniawan S, S.H., LL.M, said that this meeting emerged from Unsyiah's concern to see the current condition of the people of Aceh who are still on the poverty line. Nationally, the poverty rate in Aceh is still very high. Whereas over the past 13 years, Aceh has received a lot of special autonomy funds reaching more than Rp72 trillion. But this funding cannot change people's lives more prosperously.

"Unsyiah wants to take part in the initiative to put policy makers in order to change people's lives for the better," he said. 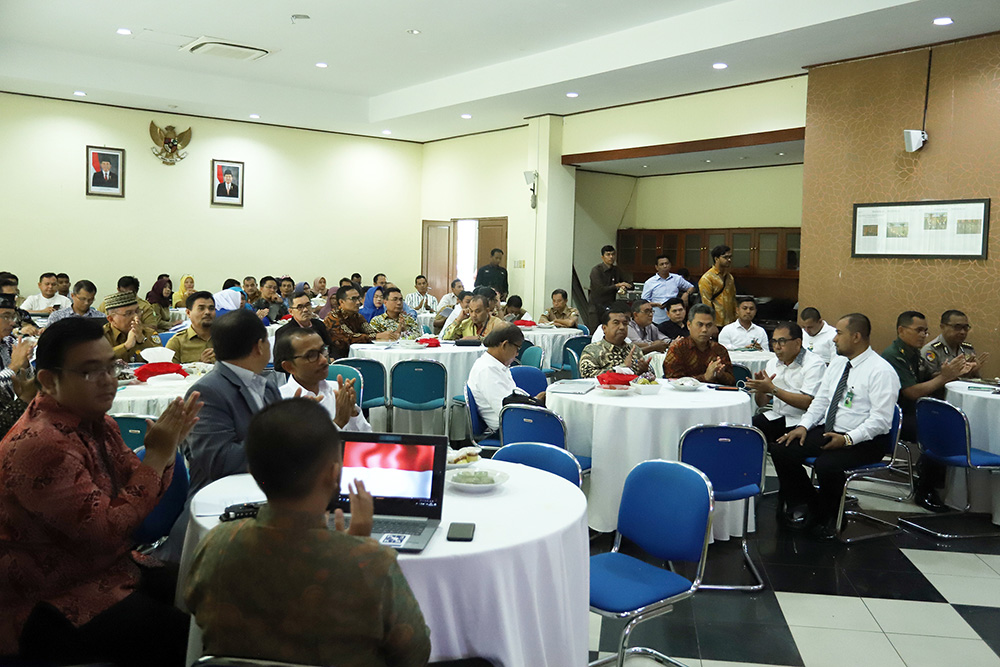 This activity is also a form of devotion to Unsyiah to the community. In addition, it is also to gather policy makers in Aceh to jointly find solutions after the special autonomy fund later.

Unsyiah Rector who is also the initiator of the SuA, Prof. Dr. Ir. Samsul Rizal, M.Eng, said that so far the reduction in poverty in Aceh was not too significant. According to him there was an error in the management of the special autonomy fund, including also not touching the resolution of poverty by the government through its programs.

Rector also suggested that zakat and endowments in Aceh be managed to be more productive, because it has a great potential to help the community to live more prosperously. He hopes this inaugural meeting can produce a good decision that can break the poverty chain in Aceh.