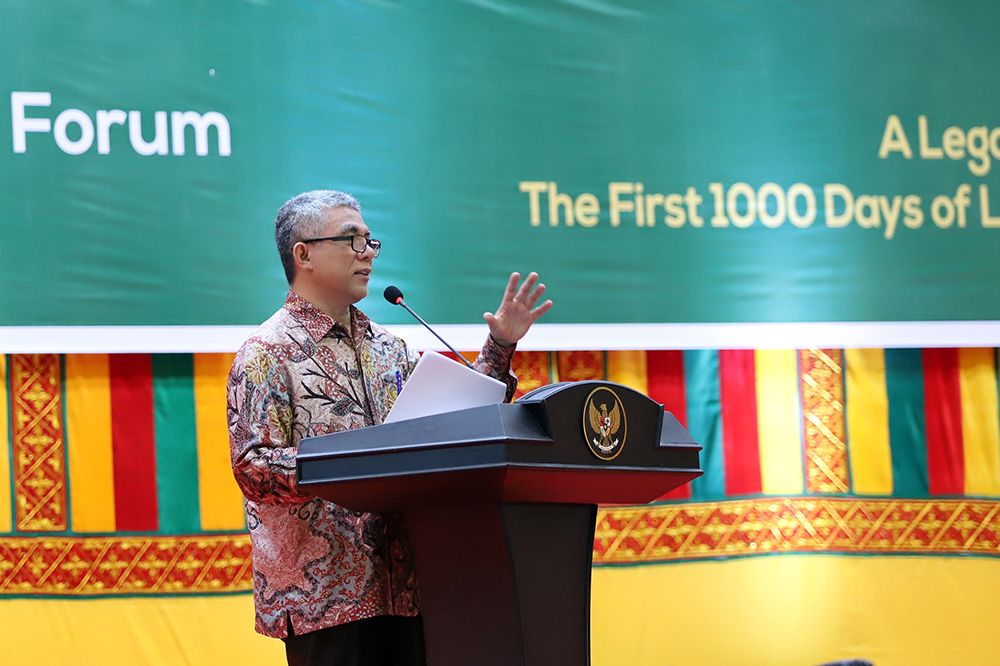 Syiah Kuala University through the Faculty of Medicine held an international conference The 3rd Syiah Kuala International Conference on Medicine and Health Sciences (SKIC-MHS). The activity, which took the theme "A Legacy for Future Generations: The First 1000 Days of Life: Scientific to Community Based Approach", was carried out from October 9-10, 2019 at the AAC Dayan Dawood Building.

Unsyiah Rector Prof. Dr. Ir. Samsul Rizal, M. Eng said, Unsyiah was very grateful for the support of all parties, especially the Ministry of Health, so that this conference was held. He hopes that this activity can encourage Unsyiah to take a better role in efforts to develop public health.

Especially now that the Ministry of Health is giving trust to FK Unsyiah to reduce stunting rates in three districts in Aceh, namely East Aceh, West Aceh and Central Aceh.

"This belief is a challenge for Unsyiah. We see the results in the next 2 or 3 years. Even though our focus is on these 3 districts, Unsyiah's attention to reducing stunting rates remains in all districts and cities in Aceh, "said rector.

Rector revealed that stunting and malnutrition are serious problems in Indonesia. This makes it difficult for children to compete in the future. For this reason, local governments must spearhead the problem.

The way is by doing good coordination in the ranks of his government. Because now, all villages have village funds up to Rp1 billion, but the Minister of Home Affairs has its own rules relating to the management of these funds.

"Then there is a need for village consultation, because based on Minister of Home Affairs regulations, village funds do not cover stunting and malnutrition, even though they can and can be done," Rector said.

Head of Aceh Public Health Office Dr. Hanif said, Aceh is an area with a high prevalence of hypertension. Adults in Aceh who suffer from hypertension reach 31 percent. Many sufferers of this disease who later suffer a stroke, heart, and kidney, because these three diseases are related to one another. It is not surprising that dialysis patients at Zainoel Abidin District Hospital increase to 14 percent every year. 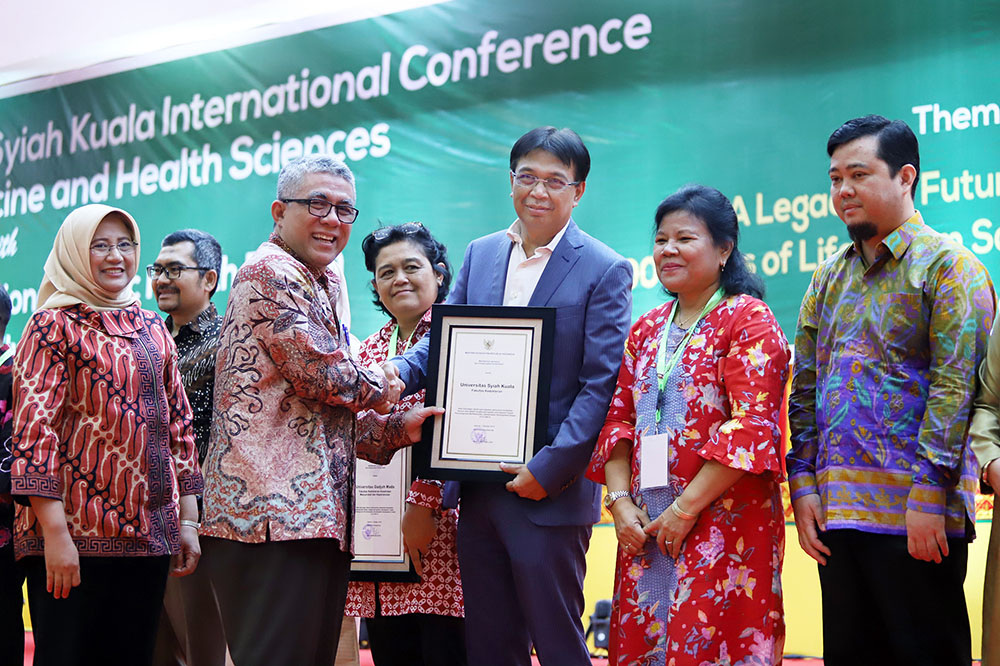 In addition, the problem of malnutrition is also a problem in this area. No wonder the stunting rate in Aceh is still quite high. If so, the aceh prosperous flagship program difficult to realize. Stunting not only causes the child's body can not grow optimally, but also causes the child's brain to work weak.

"We need to improve efforts to improve nutrition and increase awareness of healthy living for the community. Therefore, in order to increase promotive and preventive efforts, it is a wise step if FK Unsyiah reproduces studies, researches, and discussions related to health development, "he said.

Meanwhile the Secretary General of the Ministry of Health Drg. Oscar Primadi, MPH said, at this time there has been a change in the pattern of disease, which is caused by demographics, technology, cultural economy and human behavior so that it impacts on human productivity.

In 1990 the pattern of infectious diseases such as upper respiratory tract infections, tuberculosis, diarrhea, and others still dominated the majority of diseases in Indonesia. Then since 2010, there has been a change in the pattern from communicable to non-communicable.

Such as high blood pressure, stroke, cancer, diabetes and so forth. And the first cause of death from 1990 - 2010 was a stroke, "he said.

Chair of SKIC Committee Prof. Mohd Andalas, Ph.D explained, SKIC is an annual agenda from FK Unsyiah. This time, SKIC was held in conjunction with The 2nd National Public Health Forum, and The 1st Family Medicine Forum. The conference was attended by 350 participants with various backgrounds.

In this activity Unsyiah along with 20 other Higher Education received an award from the Ministry of Health, for their commitment and cooperation so far in health development efforts in Indonesia.