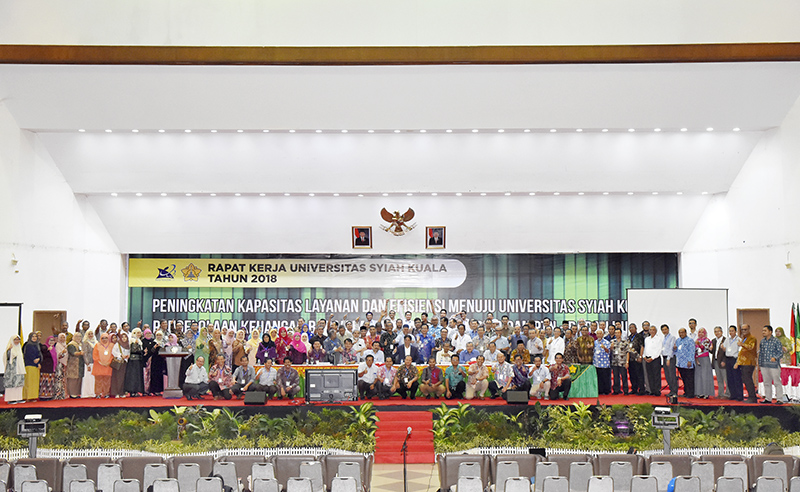 "We will formulate together, will have a budget that can be managed for things that are needed by the study program. Because its the spearhead here, "said Rector.

The Rector added that currently there are several work units in Unsyiah who achieved ISO certification, which are Unsyiah Library, Academic Bureau, Planning and Public Relations Bureau, and Institute for Educational Development and Quality Assurance (LP3M).

"Alhamdulillah from these achievements, then our performance already has a standard," said Rector.

In addition, in the near future Unsyiah will change its status to the Public Service Institution, so there will be fundamental changes in the financial system. So to maintain transparency and accountability in financial management, Unsyiah will directly bring in external auditors.

"After the status of BLU, Unsyiah invited public accountant to see the extent of Unsyiah's financial system," said Rector.

"While the implementation is based on a button-up pattern, starting