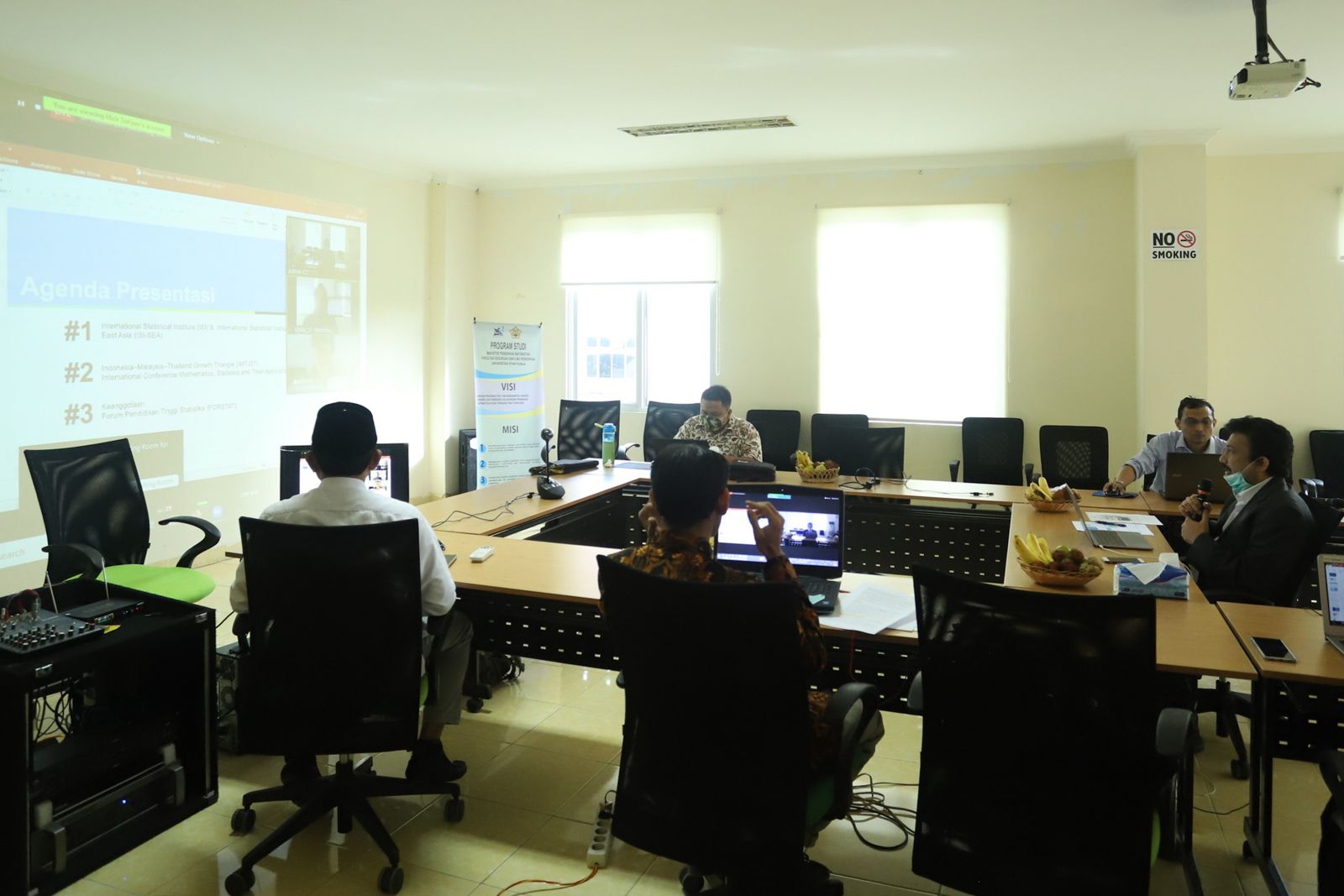 Syiah Kuala University was the host of the national higher education Statistics Forum (FORSTAT) agenda in Indonesia, which was held virtually from the UPT TIK Unsyiah building. This activity was opened by Vice Rector IV Unsyiah Dr. Hizir, as well as Chair of the International Statistical Institute (ISI) for the Southeast Asian region. (Banda Aceh, 7/13/2020).

In his remarks, Hizir said, ISI is a relatively old scientific organization which was established in 1885. During this time, ISI has conducted various international conferences in the field of statistics with the aim of continuing to develop this discipline. In its activities, ISI also synergizes with other statistical organizations including FORSTAT.

"Together with FORSTAT, we have also designed the Industrial Revolution 4.0 curriculum and an independent campus. It is hoped that there will be many other activities to address what has been promoted by our Minister of Education, "said Hizir.

Hizir also hopes that this General Assembly can motivate participants to continue to improve their competencies, so that they can contribute more broadly to the international level.

Chairman of the FORSTAT National Conference Implementation Committee Dr. Miftahuddin, S.Sc., M.Sc., explained that the agenda of the National Conference was the election of the new chairman of FORSTAT and scientific presentations by Aswi, S.Pd., M.Sc, M.Stats from Makassar State University (UNM). With the material, Bayesian Spatio-temporal modeling of small areas: Dengue fever in Makassar Indonesia.

The number of participants who attended initially was 300 people, and this number continues to grow because there are 500 people who have registered. Some universities also sent three more participants.

"This shows that more and more people are interested in statistics," said the Head of the Unsyiah Statistics Study Program.

The results of this munas decided the Chair of FORSTAT Dr. Suhartono, M.Sc was chosen for the next period which is 2020 - 2022.