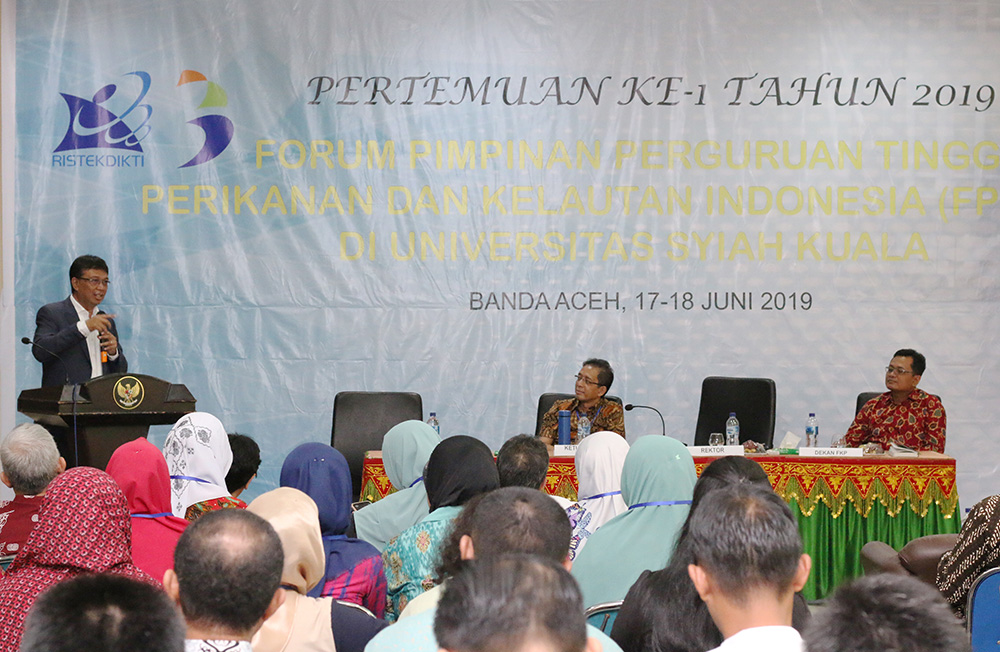 Syiah Kuala University hosted the 1st meeting of the 2019 Fisheries and Marine College Leadership Forum (FP2TPKI). The meeting presented 86 academics in the marine and fisheries environment of all universities in Indonesia. The activity was opened by Unsyiah Rector Prof. Dr. Ir. Samsul Rizal, M.Eng, started on June 17-18, 2019 in Dayac Dawood's AAC Building. (Monday, 6/17).

In his speech, Rector said that Unsyiah was very grateful for the trust of choosing Unsyiah through the Faculty of Marine and Fisheries (FKP) as the host of this scientific forum. Given that FKP Unsyiah is one of the youngest Faculties on this campus.

Despite this, the Faculty has produced two professors. In addition FKP is one of the faculties with a significant contribution of scientific publications at Unsyiah. Even though this faculty only has 30 lecturers. Even if based on the ratio of the number of publications to the number of lecturers, then the Unsyiah FKP is the highest.

"So even though it is classified as young, the faculty has marine and fisheries experts who can contribute to national development," said rector.

Therefore, rector supports the presence of scientific forums like this. Moreover, Indonesia has considerable marine and fisheries potential. Indonesia's coastline is also among the longest in the world. But all of these potentials have not been well optimized.

For this reason, rector hopes that this meeting can produce ideas that are able to solve the problems of fisheries and fisheries in Indonesia. 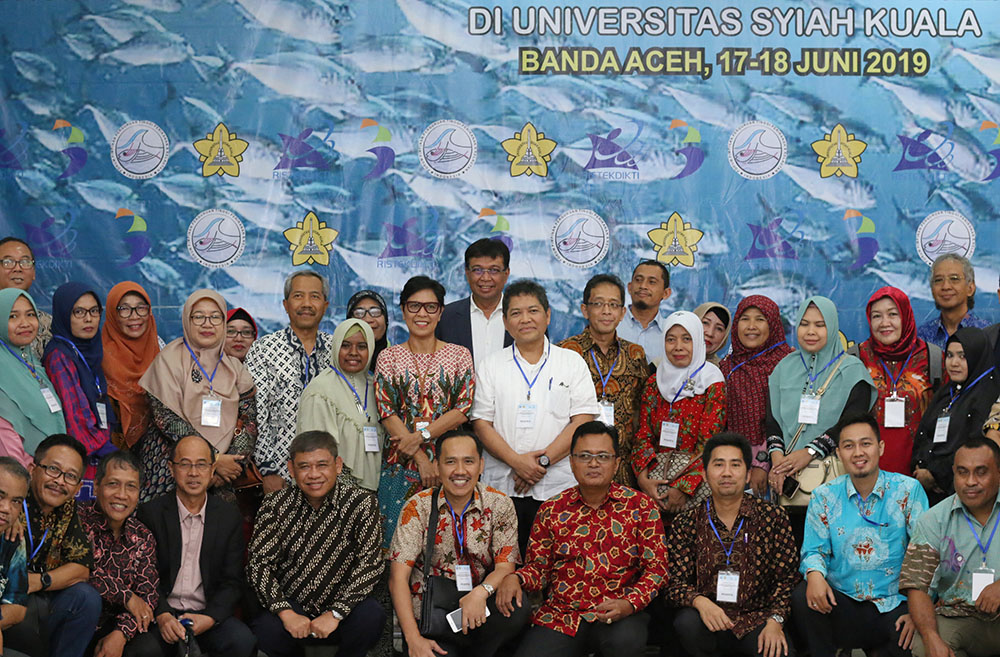 Dean of FKP Unsyiah as the Chair of the event Prof. Dr, Muchlisin Z.A, S.Pi, M.Sc explained, 86 of those present were envoys from 62 members of the FP2PTKI. They are deans, department heads, study program heads in FKP.

Muhclisin considered that the appointment of Unsyiah as host was an honor. Because in Indonesia, the campus which has the Faculty of Marine and Fisheries is only 20 colleges and Unsyiah is the most junior. This meeting, Muchlisin added, was of a continuing nature because the participants present would also attend an international conference on June 19. Therefore, this activity is not just a scientific forum but also a gathering forum.