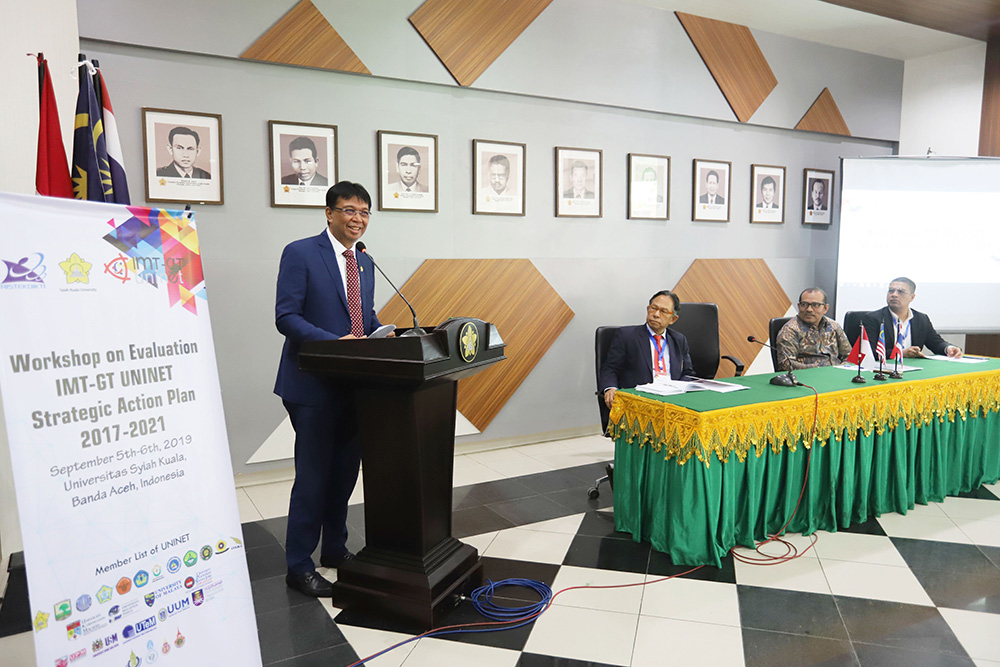 Unsyiah Rector, Prof. Dr. Ir. Samsul Rizal, M. Eng., Said that this meeting was held to revitalize the existence of the University Network (Uninet) which is one of the workplaces of the IMT-GT program. The meeting called the IMT-GT Uninet Strategic Action Plan (2017-2021), he continued, is part of the evaluation of the strategic action plan that has been carried out since 2017.

"From this activity, we can find out the achievements of the program that will be implemented together for the next two years," said Prof. Samsul.

He said the IMT-GT Uninet meeting was part of an effort to expand the teaching and research cooperation network. The meeting is expected to encourage the exchange of ideas between students and academics who are members of this forum.

In this meeting the MoU was also signed in cooperation between Uninet Indonesia members and Fig Direct SDN BHD for the superfruits project. They also visited the nursery of the fig tree in Unsyiah. (Unsyiah / fer)