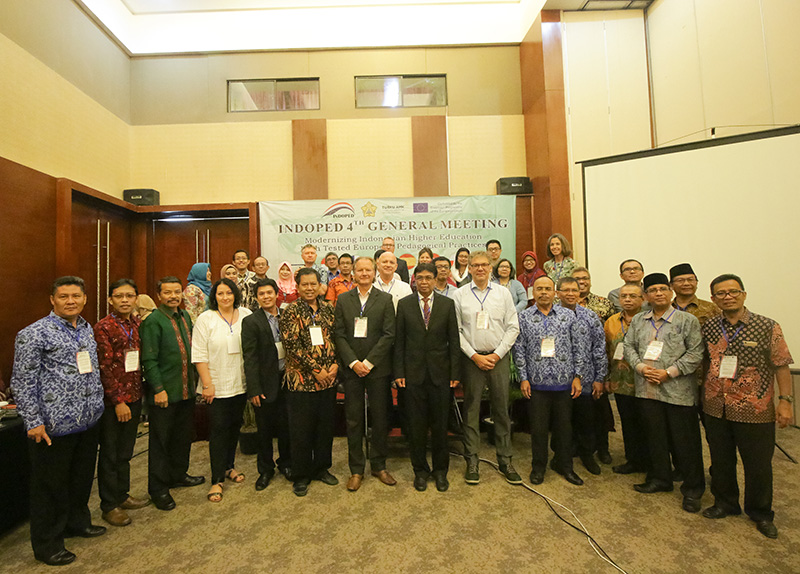 Rector Unsyiah Prof. Dr.Ir. Samsul Rizal, M. Eng who was present to open the event said, Indoped Project is a good idea to improve the quality of higher education so that every university especially in Indonesia can compete in global level.

"Unsyiah is very grateful to be involved in this Indoped project. Because the campus is also determined to improve the quality of education so as to compete in the world, "said Rector.

Indoped coordinator from Unsyiah Prof. Samadi said the purpose of this activity is to improve the quality of teaching in the campuses in Indonesia. Because according to him, there are several methods of teaching in Europe that will be introduced to universities in Indonesia and the campus can choose which method is most suitable to apply.

"For example in Unsyiah it took the example of a project hatchery, it's from Finland," said Prof. Samadi.

Therefore, Prof. Dr. Ir. Samadi hoped that Unsyiah's involvement in this program could improve the quality of Unsyiah's teaching system while opening a wide networking for Unsyiah both nationally and internationally.