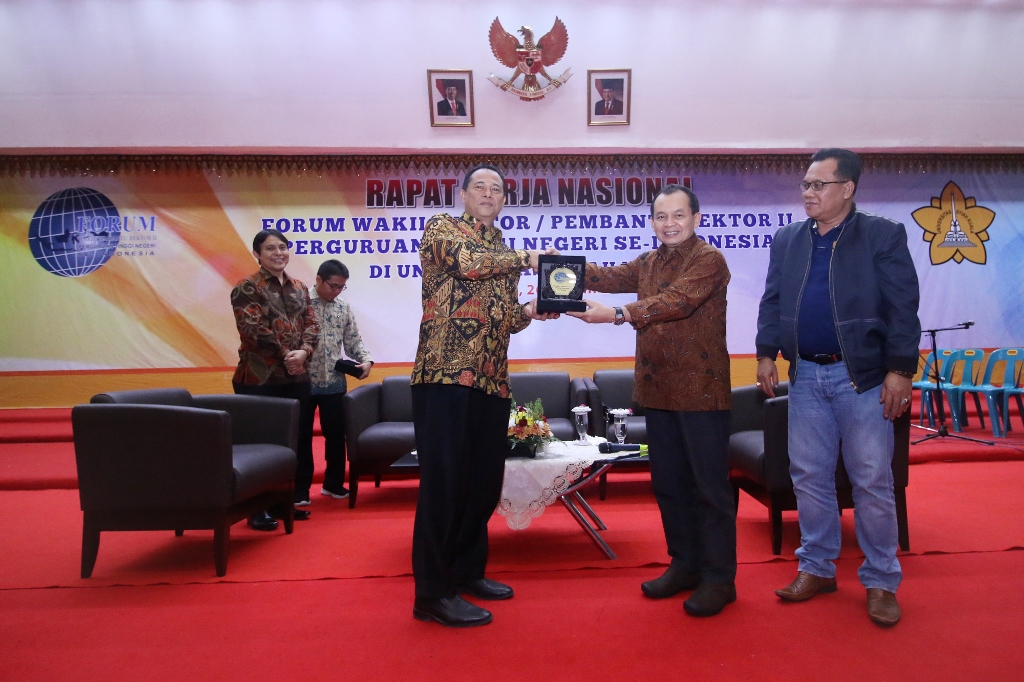 Syiah Kuala University is the host of the National Work Meeting of Higher Education Deputy / Rector II, which was held from July 26 – 28, 2019. The forum which presented 55 university leaders was opened by Vice Rector IV Unsyiah Dr. Hizir at the AAC Dayan Dawood Building. (Friday, 7/26).

In his speech, Hizir said, Unsyiah felt very honored for the trust to host this annual meeting. Considering the participants who attended were Vice Rector who were responsible for financial management at a university, so that their role was quite strategic in advancing their higher education.

For this reason, Hizir hopes, this meeting can produce important ideas related to effective financial management for a university, which ultimately contributes to advancing the quality of Indonesian education.

On this occasion, Hizir also mentioned how Aceh in recent times has become a national concern regarding several issues that have become polemic in the community. Nevertheless, Hizir still hopes that this meeting can produce a good impression for the participants.

"We understand that Aceh has always been a tranding topic. Even so, believe that we always want to be together with other provinces to advance Indonesia, "he said.

Meanwhile the Chairperson of the Indonesian WR II Forum Dr. Mohammad Jamin, SH., M.Hum said, this Forum was very important because it had made a positive contribution to the efforts of financial management, the results of which were also submitted to the relevant parties. He gave an example, how the Finance Minister had taken a policy and then made the results of this forum meeting as a material consideration.

He also revealed, there were several important agendas in the National Working Meeting this time. Among them are panel discussions with the theme of financial management and consolidation for the selection of new management.

Especially for panel discussions, the committee presented the Director General of Treasury and the Financial Audit Agency (BPK). Because so far, added Mohammad Guaranteed, there were often different interpretations regarding the financial management regulations of the two institutions.

"So this time we try to meet, so that there is enlightenment for all of us. Because the task of BPK is not only auditing, but also providing assistance so that it can reduce the potential of findings when audited later, "he said.

At this meeting, Vice Rector II Unsyiah Dr. Ir. Agussabti, M.Sc, was elected as Deputy Chairperson of the Indonesian Rector II Forum. While the chairman is Vice rector II from the University of Education Ganesha (Undiksha) Lasmawan I Wayan.