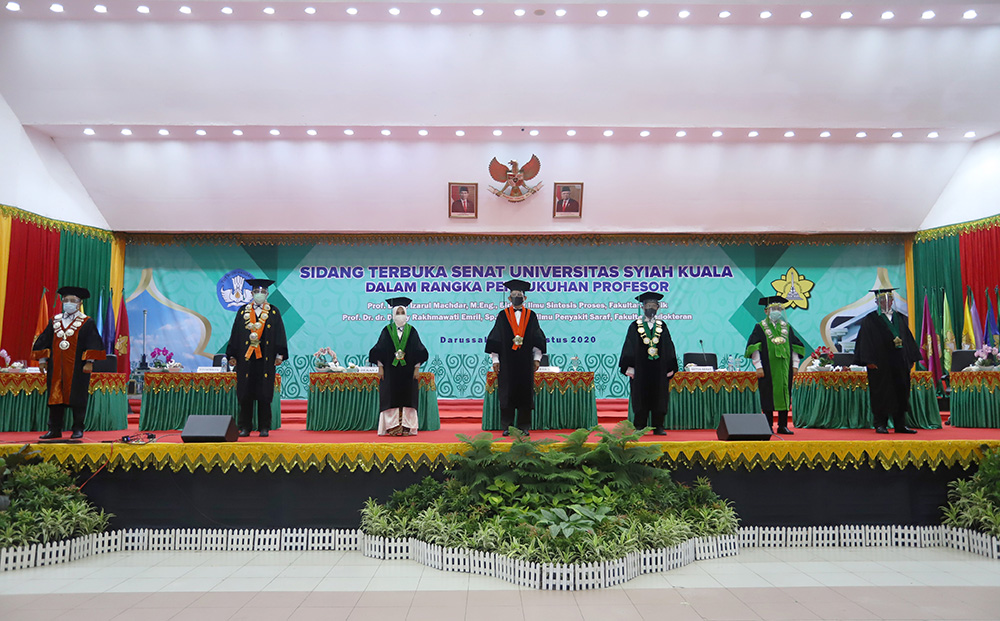 The inauguration this time took place differently than usual. Unsyiah strictly implemented the protocol, even the event in the building was attended by only 20 participants. The rest of the programs are broadcast virtually via the Youtube channel. In fact, senate members participated in this inauguration through the Zoom application from various locations.

Rector said that this restriction was carried out to prevent the spread of the Covid-19 virus that was increasingly widespread. Moreover, this virus has been infected in the campus environment.

After this inauguration, the number of professors at Unsyiah became 79 people spread across almost all faculties. The Faculty of Engineering is noted to have the most professors with 22 people, then the Faculty of Agriculture with 12 professors. The title of professor is an acknowledgment of expertise and professionalism. This degree is the highest level in the career of a lecturer in college. Therefore, rdctor congratulates and is proud of the success of these two new professors. 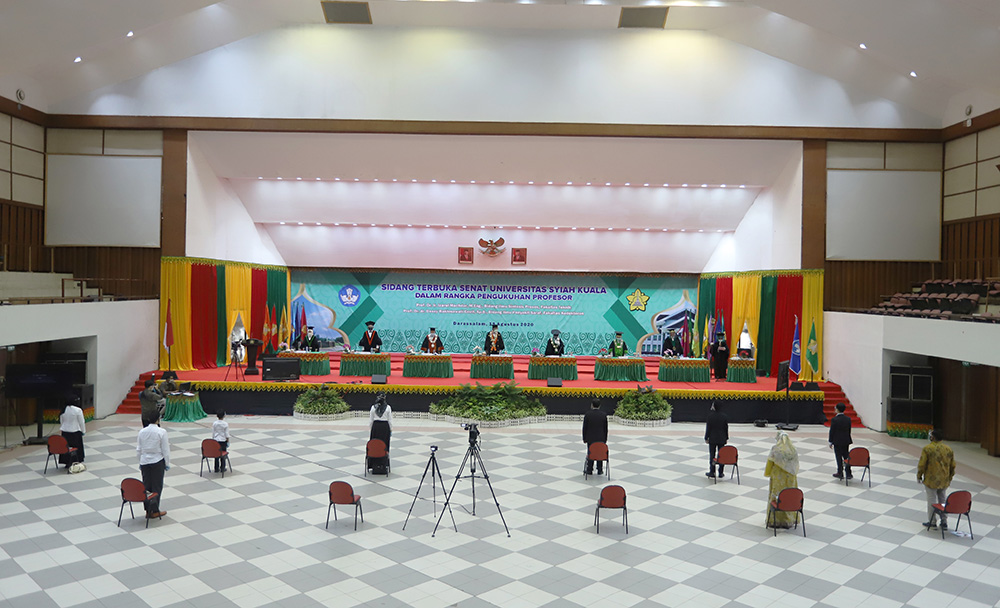 "The quality of the professors' innovation makes it easier for Unsyiah to realize its vision of becoming an innovative, independent and leading campus. Their work will also boost Indonesia's global innovation index on the world stage, ”he said.

In particular, rector appreciated Prof. Dr. Ir. Izarul Machdar, M. Eng. who consistently researches and contributes to solving waste problems in Indonesia, especially liquid waste. The growth of the world's population, including Indonesia, indirectly puts additional burdens on the earth and natural resources. One of the impacts is the increase in liquid waste generated from various human activities. Although the regulation of liquid waste handling actions has improved relatively in the last 30 years, the control system and enforcement of waste handling laws are still relatively weak. There is concern that uncontrolled waste disposal has a negative impact on the environment.

Rector assessed Prof. Izarul is really needed right now. The innovation developed in the form of a bioreactor is expected to be able to solve the problem of liquid waste which has not been handled properly to this day.

"Bioreactor innovation is not Prof.'s last work. Izarul, we believe that various other innovations will be born from his expertise, so that liquid waste will no longer be a big problem for living populations and the environment. "

Rector also praised Prof. Dessy who struggled to solve human pain problems. His expertise is crucial for pain management in Indonesia, even in the world. The new concept of mixed pain developed by Prof. Dessy and the research group he leads, have produced results and are published in various international scientific journals. In fact, this concept has become a reference for other articles in internationally reputed scientific journals.

Rector hopes that the concepts and innovations developed by Prof. Dessy can be formatted in the form of government policies on pain services nationwide.

"The concept he developed changes the flow of mixed pain management in terms of the study and diagnosis of pain types, so that it becomes a determinant for the timing and type of drug to be administered."