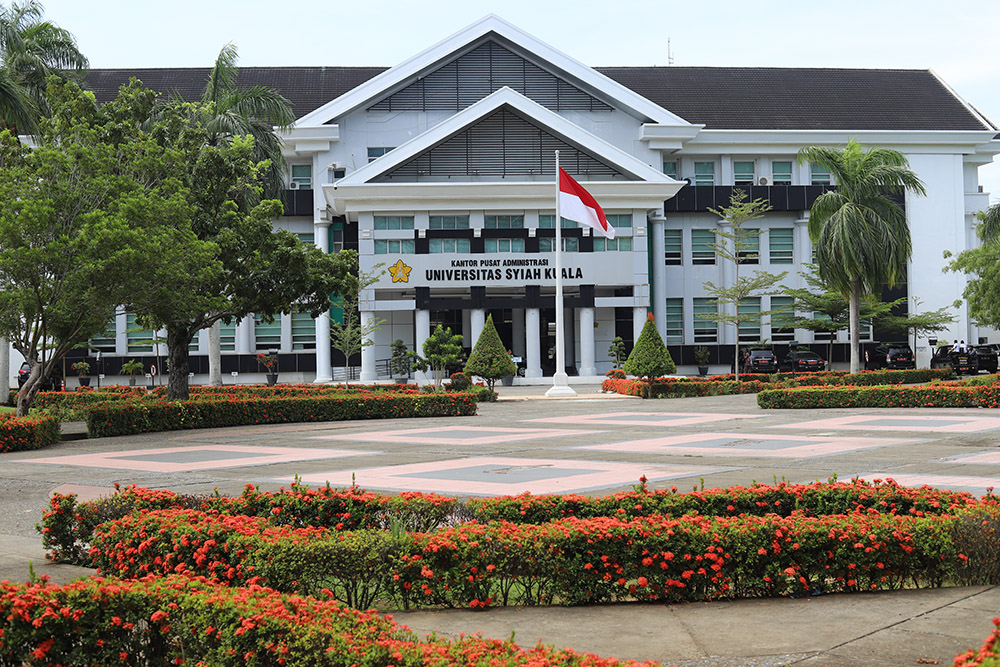 Syiah Kuala University won second place in the World Class Professor (WCP) 2020 grant competition program, initiated by the Ministry of Education and Culture of the Republic of Indonesia through the Directorate General of Higher Education (DIKTI). This is marked by Unsyiah's success in placing 4 lecturers in this event, while the first rank was achieved by Diponegoro University with six lecturers. (Banda Aceh, 7/28/2020).

WCP is a competitive program participated by all lecturers from state and private universities, with the proviso that applicants must have a minimum SCOPUS H-Index of 3.

Rector revealed, this program aims to hold lecturers throughout Indonesia, to partner with researchers / lecturers from abroad from the top 100 best universities in the world in terms of publication.

Unsyiah has participated since the program was launched in 2017. In the first three years, the WCP program is divided into 2 schemes, A and B. For A schemes, professors invited from abroad must have a SCOPUS H-Index of at least 20. Then scheme B, for professors who have a minimum H-Index of 10.

"Since 2017 Unsyiah has consistently won a number of WCP grants, both schemes A and B. In fact, in 2018 and 2019 only Unsyiah which is a university outside of Java has won the A Scheme," Rector said.

But this year, due to the COVID-19 Pandemic, DIKTI only offered Scheme B. Out of more than 60 applicants, only 34 applicants were declared to have passed the final stage and Unsyiah placed 4 lecturers as winners of the WCP scheme B in 2020.

So the rector assessed that this success was a pride for Unsyiah. Because this shows that Unsyiah lecturers have competencies that should be taken into account in the ranks of researchers at the national level.

Therefore, rector strongly encouraged all lecturers at Unsyiah to take part in this WCP competition. Because this program is able to encourage Unsyiah researchers performance to publish their journals in reputable international journals.

"For this reason, since the beginning of WCP program it was launched, Unsyiah has encouraged its lecturers to participate and dare to compete with other tertiary institutions," the Rector said.