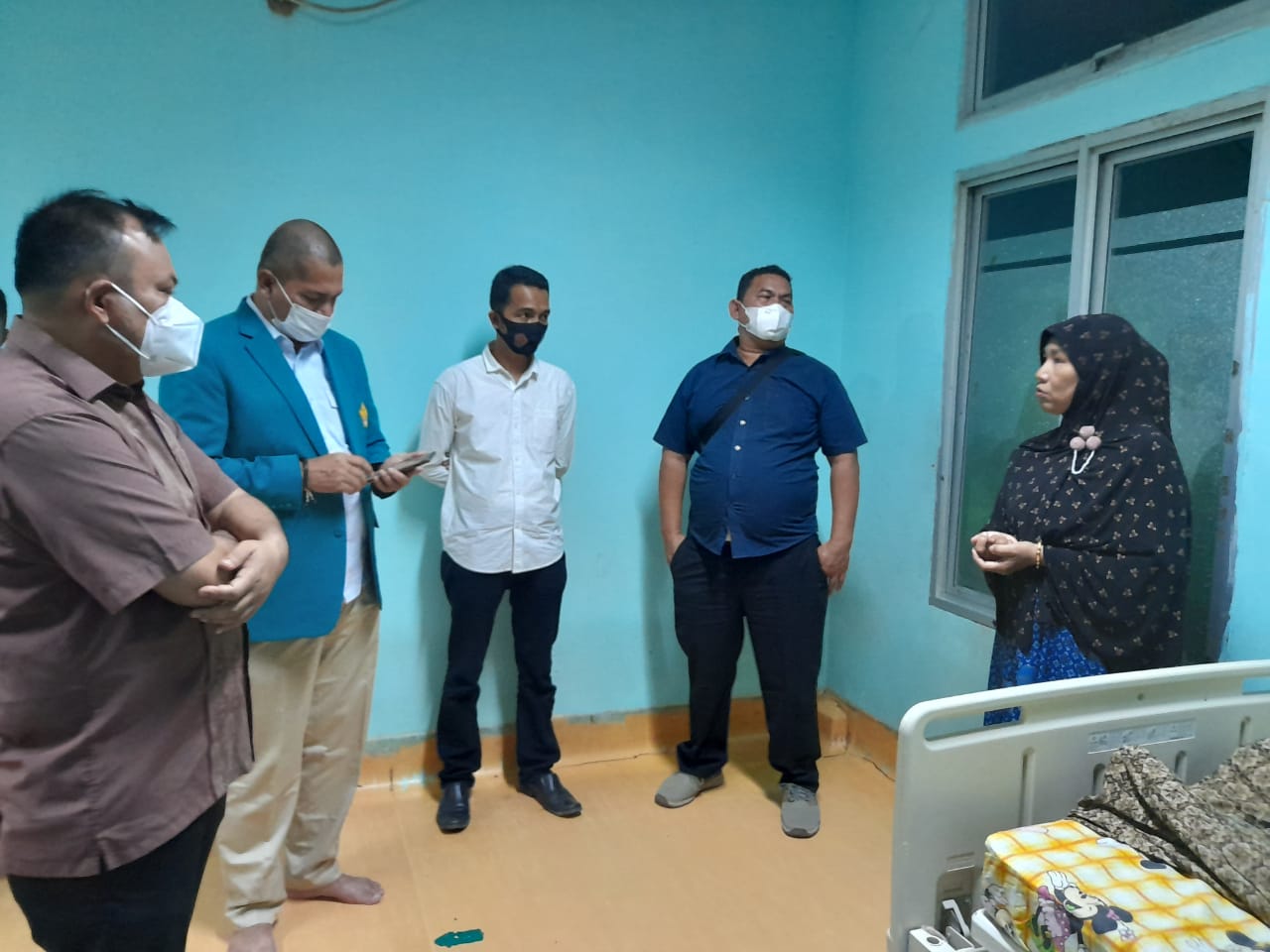 Universitas Syiah Kuala had sent out a team to check upon Amelia, a USK student, who was reported paralysed after receiving Covid-19 vaccine in Nursing Academy in Suak Ribee, Johan Pahlawan, Meulaboh.

The Head of Student Affairs Bureau Dr. drh. Mustafa Sabri, M.P led who led the team explained that their visit was a part of the university's concern for their students. Mustafa then confirmed the fact that vaccination is mandatory for all USK students.

Nevertheless, for students who have been advised not to be vaccinated due to medical conditions and those who had just been exposed to the virus in the last three months, the requirement could be replaced with a letter from the health centers or hospitals.

This also extends to students who do not have access to vaccines in their living area. They are permitted to write a letter and have it signed by the parents, declaring that they will be vaccinated when they arrive to study in the university.

“In this visit, we want to see Amelia’s real condition.”, as Mustafa said.

The family then told the visiting team that Amelia’s condition had improved. Her mother then confirmed that reports about her daughter being paralysed after getting vaccinated were not spread by themselves.

“I did not ask the reporters to spread the news. But my brother seemed upset to see Amelia’s condition, so then he told them about it. I do not blame anyone. I just want my daughter to recover.”, as Amelia’s mother said.

Dr. Safrizal explained that what happened to Amelia was highly likely caused by the psychosomatic factor or excessive fear factor which impacted her health. This was also due to her having gastric problems and just recently recovered from typhus which she mentioned during the screening process.

“All these health problems are not included in the contra-indication or pose threats for the vaccines. That was why she was given the vaccine.”, as dr. Safrizal said.

It was based on what happened during this screening that dr. Safrizal believes that Amelia experienced high anxiety which triggered the acid reflux and heartburn. Her feet then became weak and she was rushed to hospital.

“But, after some monitoring, her vitals including blood pressure, pulse, and breathing appears to be normal. She can also talk normally.”, he said.

In the hospital, Amelia received medical therapy which helped improve her feet conditions after being unable to lift her feet.

“From the latest monitoring, Insya Allah she will be able to practice standing and walking starting from tomorrow.”, he said.

Dr. Safrizal affirmed that what happened to Amelia could not be directly concluded as a drawback from the vaccine. Until today, 20 million Indonesians have been vaccinated and psychosomatic patterns such as this one have been reported several times.

“Some people did experience paralysis and other symptoms, but it was not fatal and then they got better after being cared for in health units. This clearly means that we need to be mentally ready when getting vaccinated because these cases are linked to psychosomatic cases.”, he said.