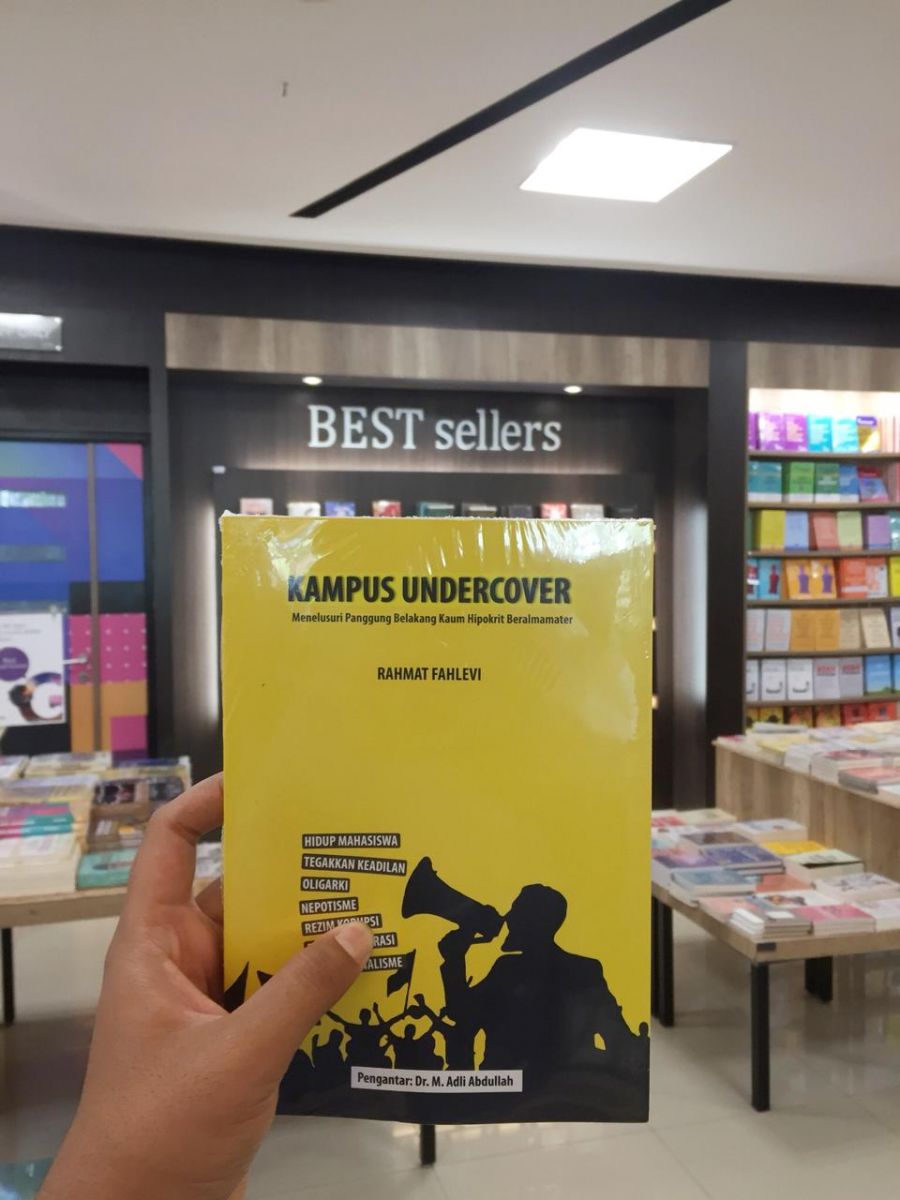 A student from the Faculty of Social and Political Sciences (FISIP) of USK, Rahmat Fahlevi had finished writing his book entitled “Kampus Undercover”. This book contained some critics to the current university and students that no longer move within the idealism corridor. For example, it was often found that in student demonstrations, there would be backing from politicians. This made them lose their virtue as the agent of movement. In election events such as PEMIRA (Pemilihan Raya), there would often be fraudulence, religion fundamentalism, pollical agitation by utilising religious symbols, radicalism infiltration, corruption in the student body organisations, and many other things regarding students and university life.

The book consists of 9 chapters. One focal point from this book is about the student bodies; the absence of a judicative body as a part of Trias Politica and the supervisory agency in students. The Student Court (Mahkamah Mahasiswa) is also needed not only to make decisions about the anomalies within the election but also to give penalty to students who became disoriented in the organisation and even performing corruption.

This book also explained that university life is one of the best simulations before facing the real political world. It is within universities that students’ morale in politics and how they take care of themselves would be observed.

Besides, as Rahmad added, in some parts of this book, he also cited some references from Ibnu Khaldun’s magnum opus, Muqaddimah, to explain the comparisons of the current students’ ethos with the asyhabiyah cycle theory and the life of Hadrah and Badawah society at that time.

The writer thought that the student ethos in the current era was similar to the Hadrah society, a society with a civilization of settling down just like within an empire and under the caliph leaderships. They were complacent with their glory that it lowered the society’s ethos. It was different from the Badawah or Badui society who lived as nomads that moved from one place to another. They had a strong work ethos and the ability to take care of themselves. Everyone had their own potentials which made them less dependent on others or walls to protect themselves.