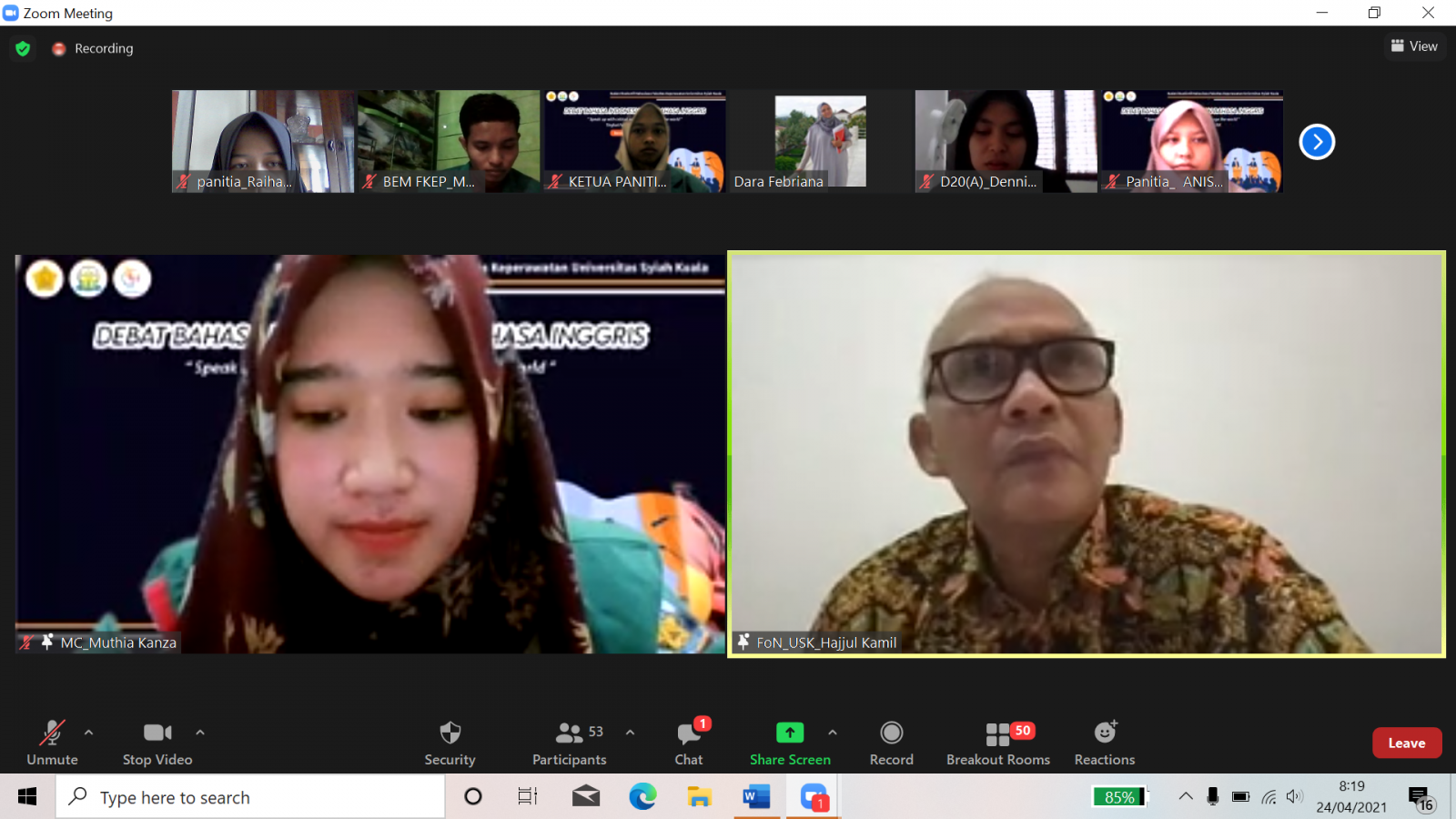 The Students’ Executives (BEM) of the Nursing Faculty in USK once again held the yearly event for the nursing faculty students, the English and Indonesian Debate Competition (EIDC) on the faculty level. (Banda Aceh, 24 April 2021).

Devi Rahmayanti as a committee explained that EIDC was a competition for the nursing faculty students from batch 2018, 2019, and 2020. Students enrolled in these years could register as participants. The mechanism in this year’s competition was unlike the years before.

“It was due to the current situation. The competition could not be held on the campus ground because of the situations regarding the Corona virus. We need to be aware of it. Therefore, this year’s competition was held online.”, said Devi in the press release for Humas USK.

This year’s EIDC event was focusing on the theme “Speak up with critical solution to change the world”, which aimed to provide the opportunity for the nursing students to share their critical solutions to others while evaluating what they say so that they could contribute to make the world a better place.

The best speaker for this competition went to Akrima Sabila, Sri Muna and Diva Mardevian.

Revi as the head of the committee hoped that the Covid-19 pandemic may soon end so that the next EIDC may be conducted face-to-face. She also hoped that the selected winners might give their best contribution for the next debate competitions on a higher level.