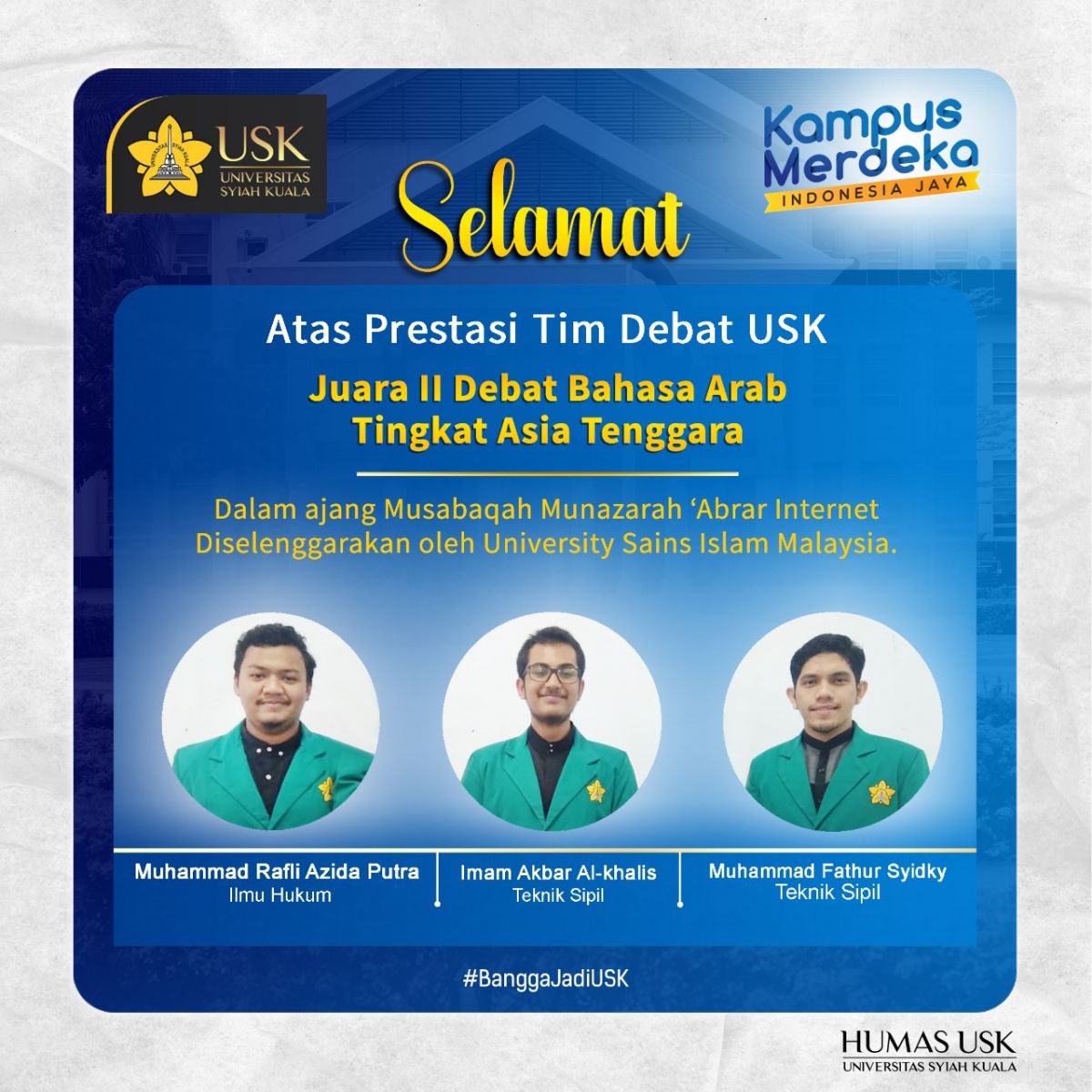 Students of The University of Syiah Kuala (USK) succeeded on securing another achievement and promoting Aceh in an international event. In the Musabaqah Munazarah ‘Abrar Internet (MU’IN) held by the Islamic Science University of Malaysia (USIM) on 3-4 April 2021, the USK team won the second place in the Arabic Debate on the South-East Asia level.

Previously, in the elimination round, the USK team’s Muhammad Fathur Syidky, the 2nd speaker, was also named Best Speaker. Interestingly, the USK debate team consists of freshmen from batch 2020.

“Alhamdulillah. We indeed intend to do the regeneration (of debate team) from the early stage. Therefore, we would be able to keep them (the members) in tune and be prepared for the upcoming debate competitions.”, as mentioned by the Vice Rector III USK, Dr. Ir. Alfiansyah Yulianur, BC in Serambinews.com.